Our top picks for what’s new in music and art. 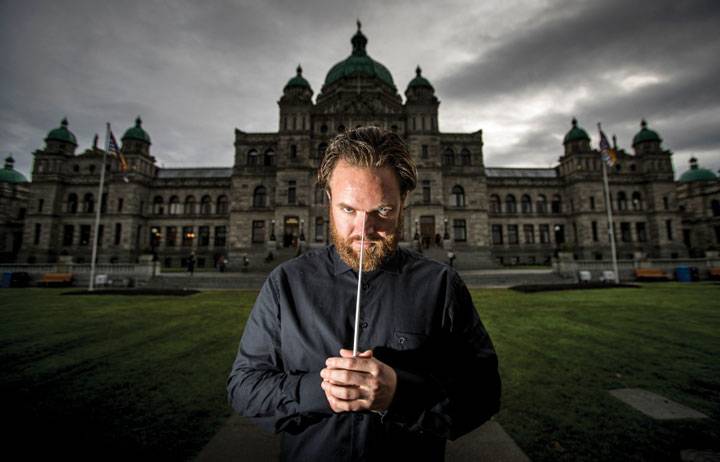 This January, the “original” soundtrack to Star Wars — Gustav Holst’s orchestral suite The Planets — gets the baton (or light sabre) of Victoria Symphony conductor Christian Kluxen.

“Having grown up with movies like Star Wars, and being a big sci-fi fan,” says Kluxen, “I know that one cannot live without having tried to actually be inside Star Wars, or some other galaxy, far, far away. The Planets is not just a piece of music, but a big associational quest inside the deepest corners of the universe — from Uranus to your human mind.”

Form as Meaning: First Nations Prints from the Pacific Northwest

In Form as Meaning: First Nations Prints from the Pacific Northwest, co-curators Marcia Crosby, lessLIE, Lou-ann Neel, Alana Sayers and India Young present select works from Indigenous artists in an exploration of how prints are similar to spoken and written communication. Experience Indigenous stories and narratives as told through the artwork, and feel the impact these artists have had on this part of the world.

Roots or pop or folk or Canadiana … however you label it, Stephen Fearing’s voice is intelligent and a bit haunting. A somewhat recent transplant to Victoria, Fearing is a five-time Juno nominee and part of that supergroup Blackie and the Rodeo Kings, and he tells captivating, heartbreaking stories with guitar prowess. Let’s hope he plays “Little Child Eyes” from 1990’s The Blue Line.