Winemaker Bailey Williamson shares his greatest fear, his idea of perfect happiness and which historical figure he most admires in this frank conversation. 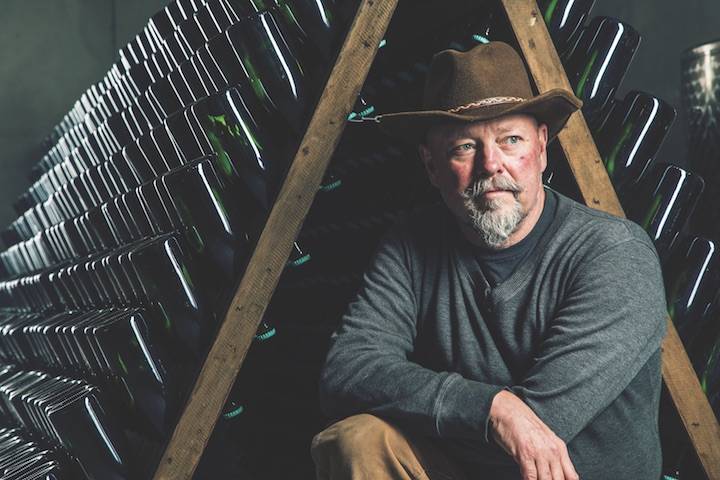 Chef-turned-winemaker Bailey Williamson of the Blue Grouse Estate Winery in the Cowichan remembers first getting into the vintner trade at Road 13 Vineyards in Oliver. His mother, who grew up on the family farm in Alberta, looked him dead in the eye and said, “Bailey, never forget this is farming.”

Well, it’s farming and sales and marketing and chemistry. He laughs as he recalls being a 40-something trying to learn chemistry because he didn’t pay enough attention to it in high school.

He admits the real satisfaction of his craft is the craft, being an artisan and getting to share what he’s created. “That’s the joy for me — to see other people enjoy it as much.”

What’s your idea of perfect happiness?

Champagne brunch on a patio in the sun, and no disruptions.

Being a terrible father.

What quality do you most admire in friends?

Unconditional acceptance for each other.

What’s the trait you most deplore in others?

Dogmatism. People become immovable in what they believe. You need to be open to changing your beliefs because they are not immutable. Otherwise you work yourself into a bit of a corner.

What’s the trait you most deplore in yourself?

Stephen Hawking. No matter what Hawking’s origins were or the challenges he faced, he brought a whole new thinking. We’re pretty quick to write certain people off. If it had been 100 years earlier, he would have not have been heard of and no one would have got this information.

Who is the greatest love of your life?

My wife … We work together. We live on the winery property. We are cheek to jowl …

Your most treasured possession?

If you were to die and come back as a person or thing, what would it be?

Winery dog. You get all the treats you can manage. You get to just hang out and have a pretty big space to run around.

Surviving and not ending up in jail or the morgue.

Who’s your favourite hero of fiction?

Philip Carey in Of Human Bondage by W. Somerset Maugham.

Do you have a motto?

I stole it from a Tom Waits lyric. “Die young and have a good-lookin’ corpse.”

How did you decide what variety of grapes to grow?

The Prophet of Delphi.

What do you regard as the lowest depth of misery?