A labour of love restores a rare Modernistic house from the 1940s into a celebration of the eclectic and exuberant style of the Art Deco movement. 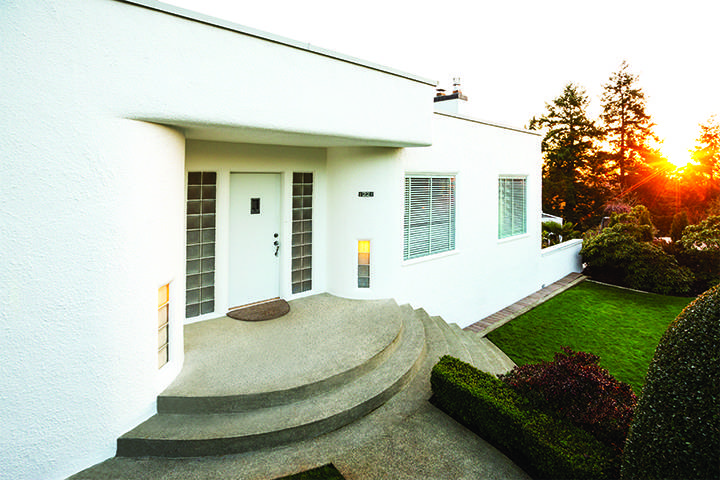 The Art Deco style may be rare in domestic exterior architecture in Victoria but the soft, clean lines of this certified heritage home are representative of buildings from the interwar period, when rapid industrialization was transforming culture. 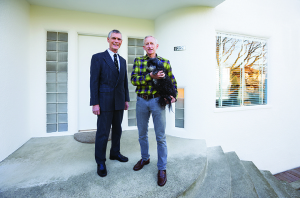 Tucked into a quiet corner of Esquimalt, you’ll find Larry Richardson and Albert Beekman’s inviting monument to Art Deco. While the smooth stucco walls, with their gentle curves, the glass brick light boxes that flank the front door, and the flat roof are all identifying features of the architectural style of the era, it’s only when one steps inside the home that you truly understand the attention to detail that has gone into this project. From the paint colours to the furnishings — whether found in auction houses or antique stores, or custom built — all of the interior design is meticulously in keeping with the Art Deco style, which had its heyday in the 1920s and 30s.

Although the architecture of the house is typical of the Art Deco era, it was actually built in 1945 by Victoria hardware tycoon A.H.F. Stelck, who built several similar properties in Esquimalt. Richardson and Beekman have been restoring this home
to its Modernistic roots since they purchased it in 1989.

“What attracts me to Art Deco is the exuberance it represents of the people living it at the time,” Richardson says. “I love the clean, optimistic lines of Moderne.” 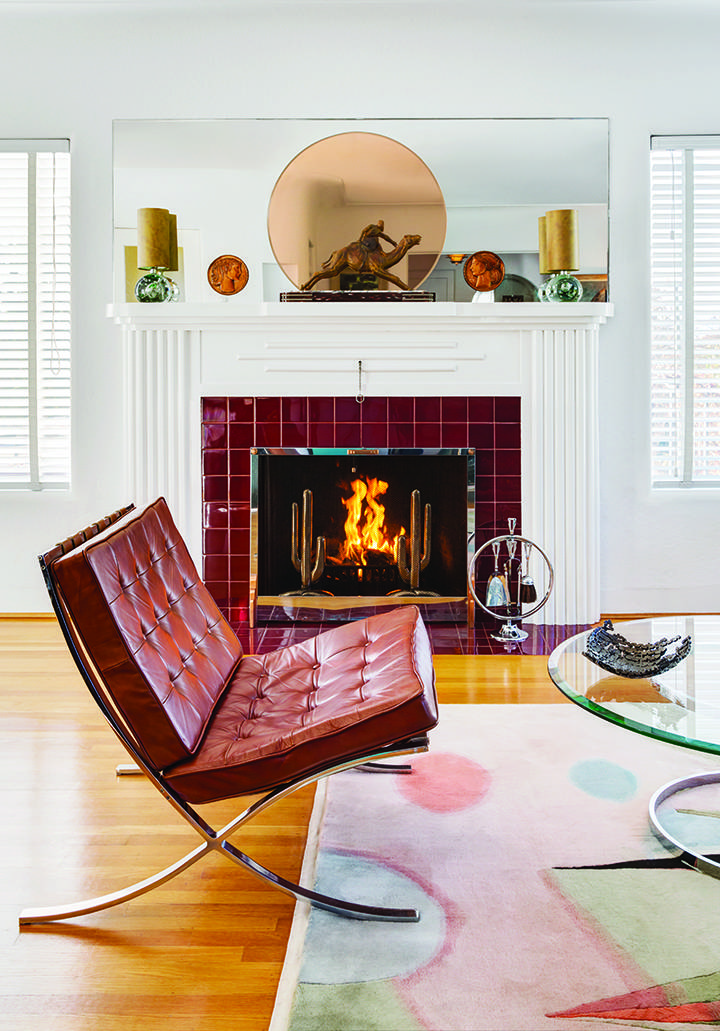 The strong lines in the mantelpiece, the chrome detail, and the original tile around the fireplace are pure Art Deco. The fireplace tools are British Generic, while the bronze cactus and irons are very typical of the American Art Deco style. The Nubian rider astride a camel reflects the era’s love of Egyptian artifacts. 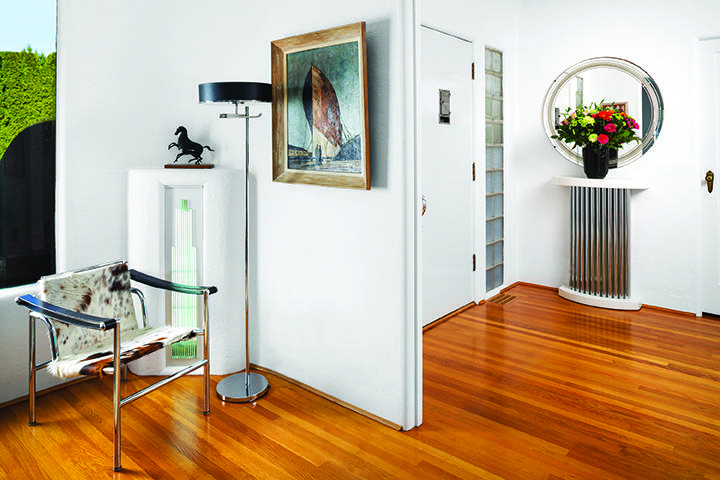 This light box, a popular feature at the time of the home’s construction, can also be viewed on the exterior to the right of the front door, and allows for natural and electrical light. The Le Corbusier chair in cowhide and the Kurt Verson Lightolier lamp may look mid-century modern, but were designed in 1928 and 1938 respectively, in keeping with the home’s aesthetic. 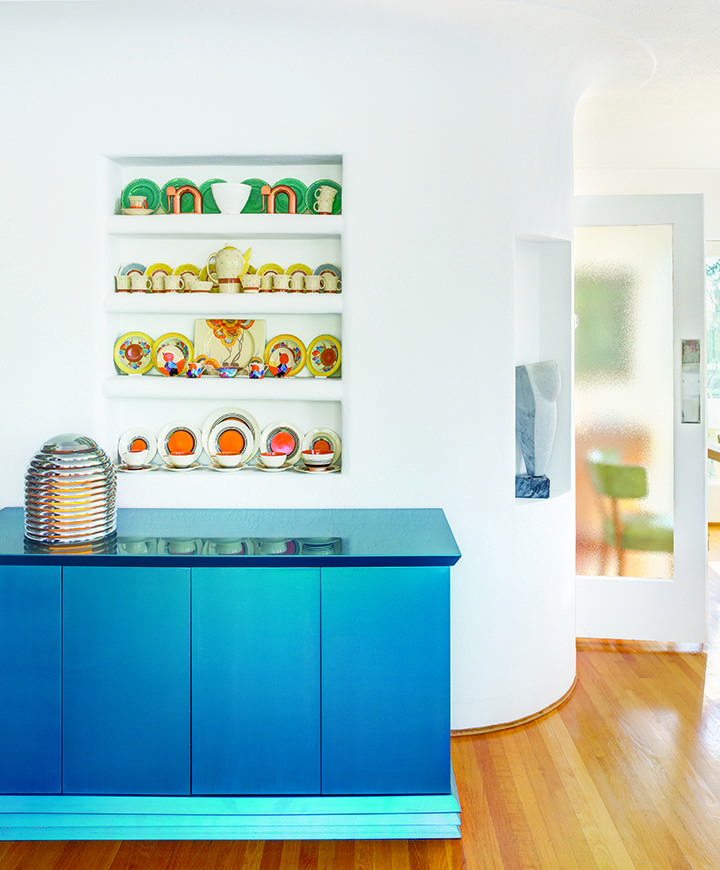 Off the entryway sits a brilliant turquoise credenza built by Richardson to match the era. Their collection of ceramics includes works by British designers Susie Cooper and Clarice Cliff, and a white bowl designed by Keith Murray for Wedgwood sits between two bronze elephants by Lurelle Guild. The marble statue, which sits in an alcove in the curved wall, was done by friend and sculptor, James Francis.

The white cabinets pop against the bold yellow of the kitchen walls. The retrofitted Wedgewood stove and Philco refrigerator, which sits in a curved-topped alcove, are typical of the era; as is the green marmoleum floor. 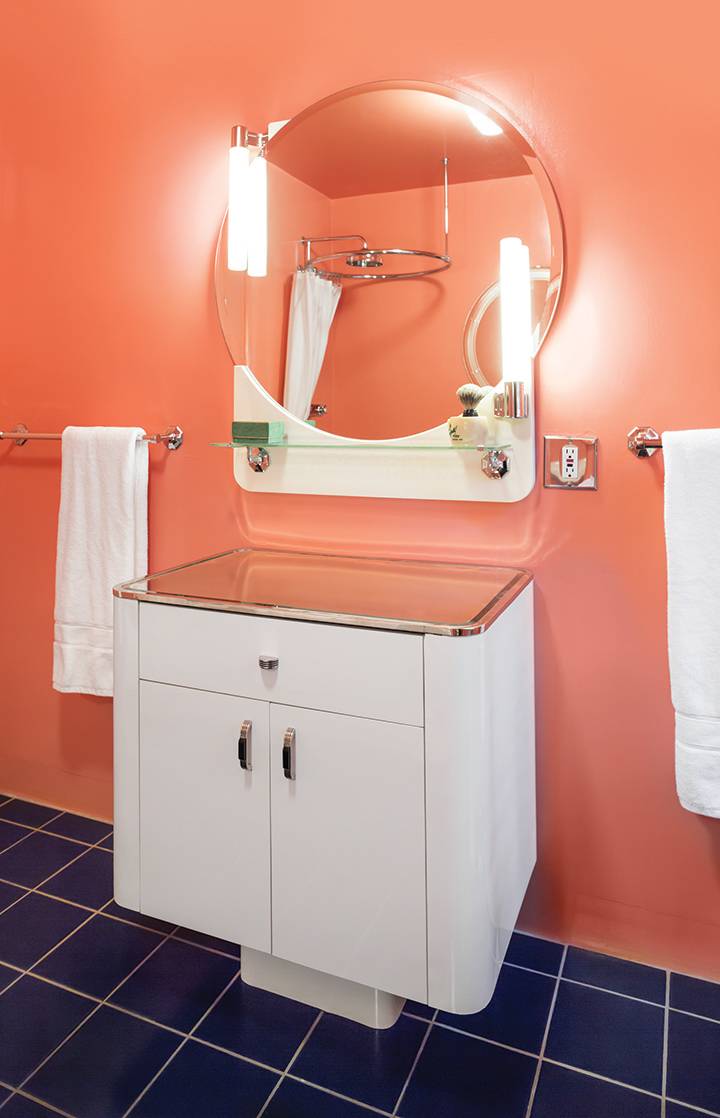 The top of the dressing vanity, which Richardson and Beekman reproduced themselves, is made from a round-cornered bathroom mirror salvaged from the renovation of the Empress Hotel. Period details can be found in the bevelled full moon mirror and the circular shower curtain rod. The peach walls are also representative of Art Deco, as people were craving colour after the Depression. 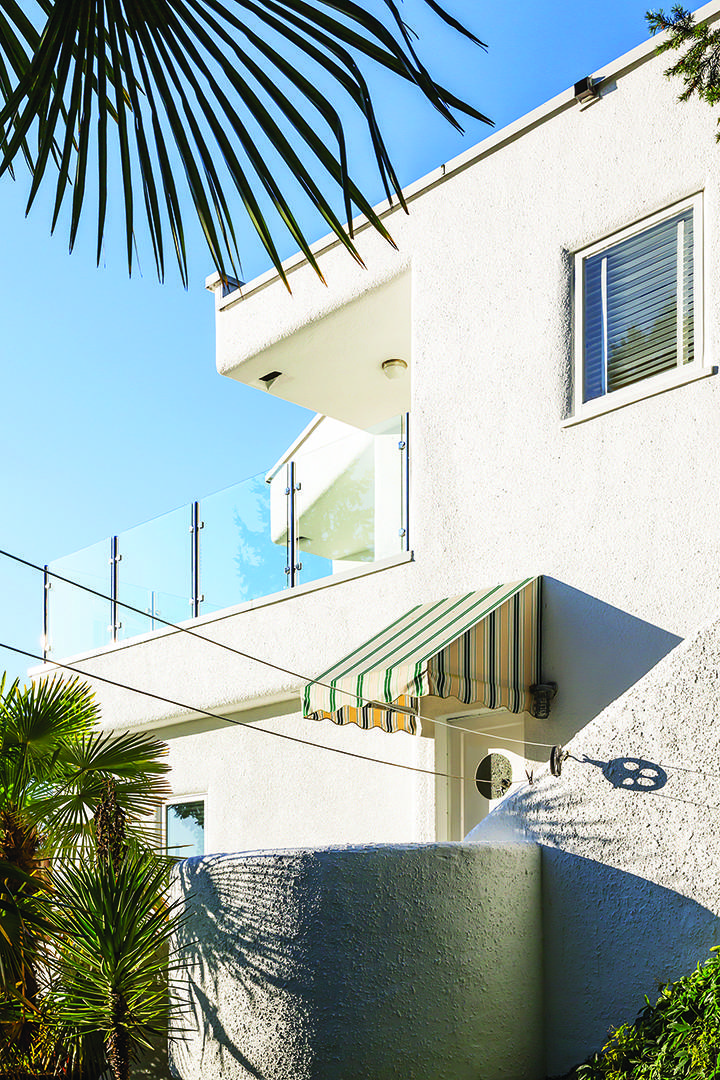 Two-storey Art Deco construction often placed a second storey only on part of the house, allowing the ground floor roof use as a terrace or deck. Palm trees and Garry Oaks surround this secluded property, giving it the feel of a South Beach retreat from yesteryear.