A chef by trade, D. Ellis also designs his own clothing brand. Dellis Made is an urban-inspired line of basics. 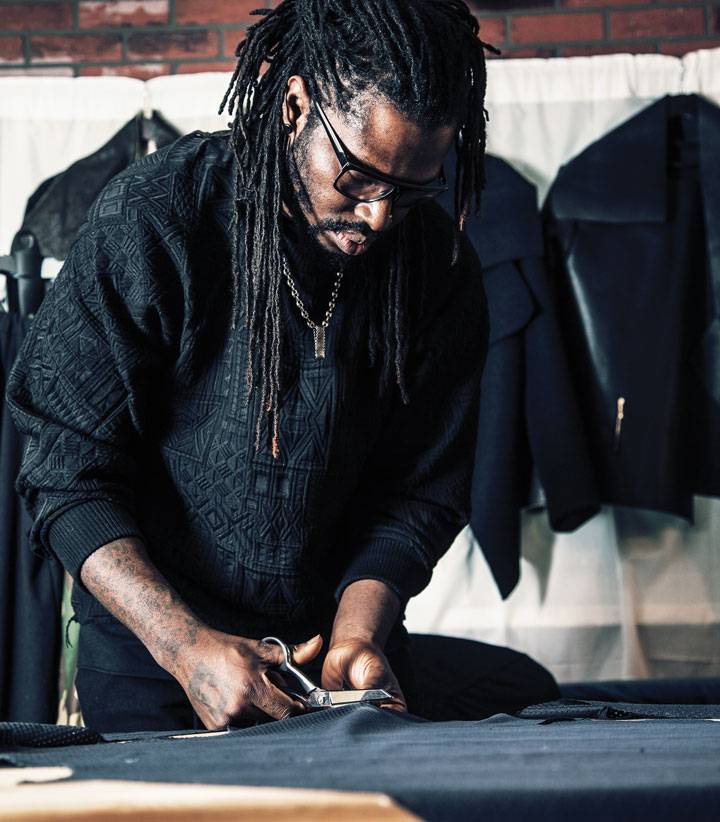 Unlike many fashion designers, when D. Ellis gets an idea for a new piece, he doesn’t start with a sketch.

“I go straight to pattern,” Ellis says. “It’s a very fluid process. I make a prototype, which is a lot of trial and error until I get the product that I want.”

Ellis, a chef by trade, is currently working at Victoria mainstay Ferris’ Grill. His path to design began when he moved to Victoria from Toronto in 2015. Envisioning a chef-inspired line of knives and aprons, he started a course in blacksmithing, but discovered that he wouldn’t actually learn to make knives for years into his study.

“It was the perfect time to learn how to make aprons instead,” he says.

After a course at the MakeHouse and  some private mentoring from a designer friend, a passion for designing his own clothing was born. Starting with simple T-shirts, Ellis has grown his brand Dellis Made into an urban-inspired line of basics that launched at last year’s
Victoria Fashion Week.

“I like my clothes to be free and open, so a lot of my designs are based around the freedom of movement,” says Ellis, who sews each piece in his home studio in Victoria. “There are certain things that I have created that people have gravitated towards. A focus has been on bomber jackets and now I’m starting to create variations in style.”

Ellis likes the feel and weight of bamboo for his designs and has also recently started working with sheepskin. For his winter line, he has done a couple of pieces in wool. His palette is modern monochromatic, with an emphasis on black, white and grey.

While he names edgy American designer Rick Owens as a fashion icon he admires, Ellis doesn’t let others’ work influence his creative process.

“For me, it’s more about creating something that I want or need; it’s not about seeing something and then wanting to make it,” Ellis says. “I wanted that look that wasn’t overdressed or underdressed — I could go to work in it and then go out and it would be a uniform. My line is designed for living.”

Get a Feel For Dellis Made’s Work 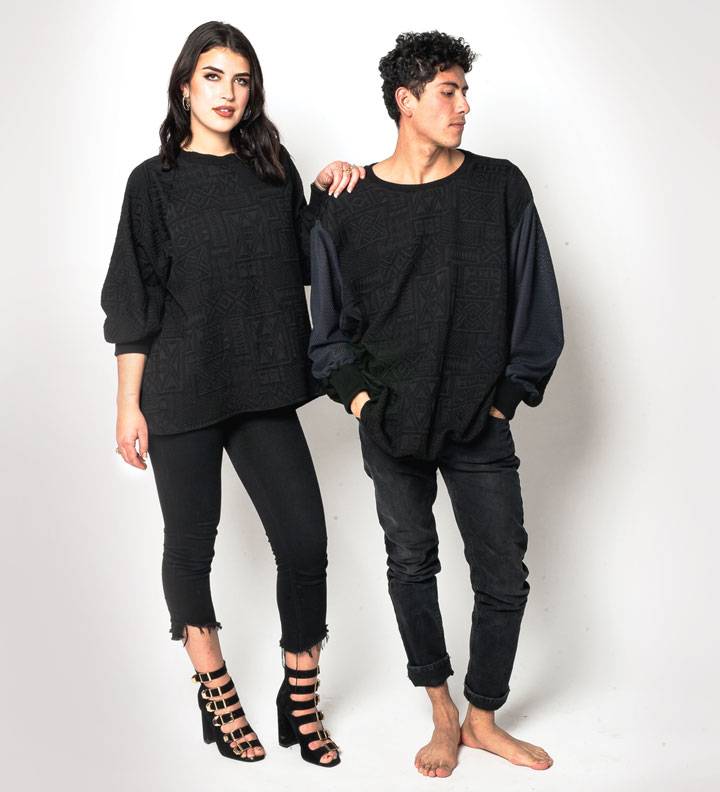 Aztec-print sweaters from the Dellis Made FW17 line. 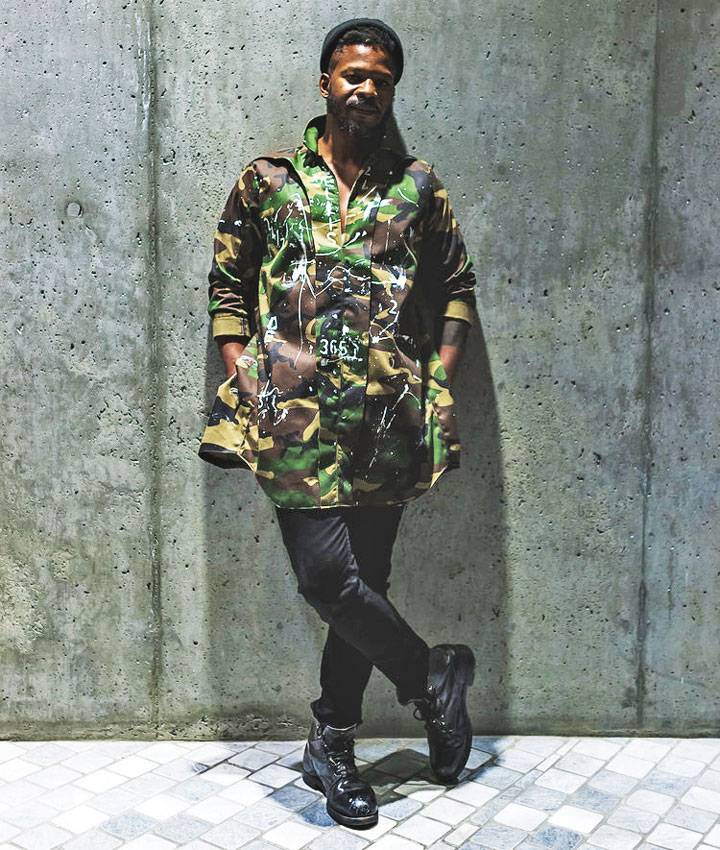 A custom camo jacket made for Toronto rapper Jagger James.