Kirk van Ludwig’s line of furniture is inspired, in part, by car design. 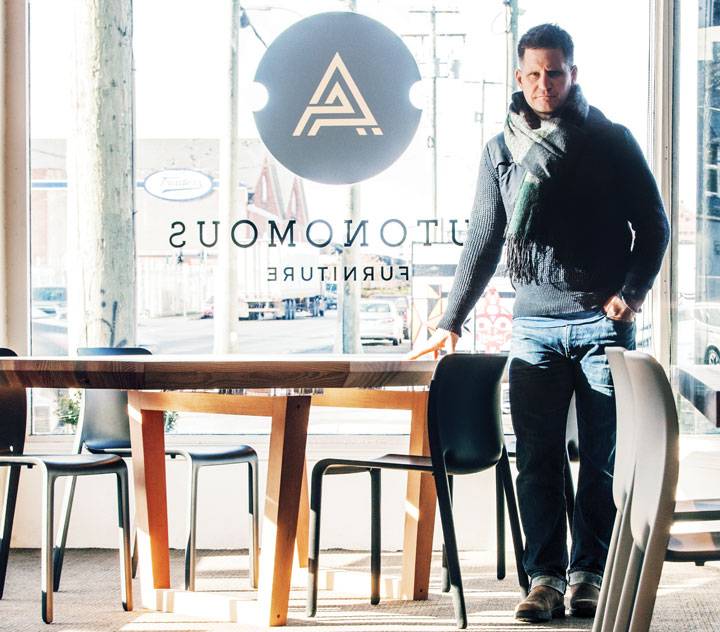 Car design might not be the first thing that comes to mind when you see one of Kirk Van Ludwig’s distinctive pieces of furniture, but it’s a major influence on his craft.

“I’m a big car-design fan, and it does make its way into the furniture — but it’s not literal,” Ludwig says. “I’ll incorporate things that are found in cars, such as angles or body panels. Often the most interesting part on the car is the underside, the things you don’t see, and I do bring that into some of the pieces.”

He shares this insight as we chat in the bright airy Government Street showroom for Autonomous — his furniture line — then gets me to look at the underside of one of his Kaiwa tables. Hidden underneath the stunning slab of Douglas fir, clear acrylic blocks rest between the tabletop and legs — a secret detail that delights Ludwig.

This mix of materials is another marker of the Autonomous brand, and Ludwig loves exploring the latest in material use. Along with acrylics, he uses composites and different types of steel, and is currently exploring the use of recycled leather and PaperStone, a recycled paper product.

“For me, [the wood] is now the least interesting part of our business,” Ludwig says. “The fact that we use sustainable wood with great stories, that’s like talking about unleaded gasoline. That’s just the way it is and should be. What our customers are really looking for is our distinct look.”

Ludwig’s customers come from across North America, with Autonomous shipping pieces to Los Angeles and New York. Many of his designs are custom pieces and he is often given carte blanche with the design. The process is brought out through conversation and, when possible, a visit to the space, which usually prompts ideas “within minutes.” Elements of architecture — such as cantilever effects and incorporated curves — also factor into the design.

“These pieces add warmth to a modern home,” he says. “But the design style is very dramatic, so they really stand on their own.”

Get a Feel For Autonomous’ Work 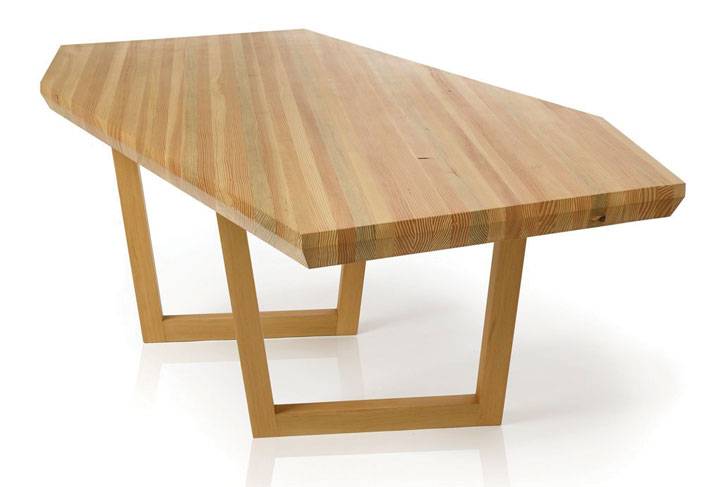 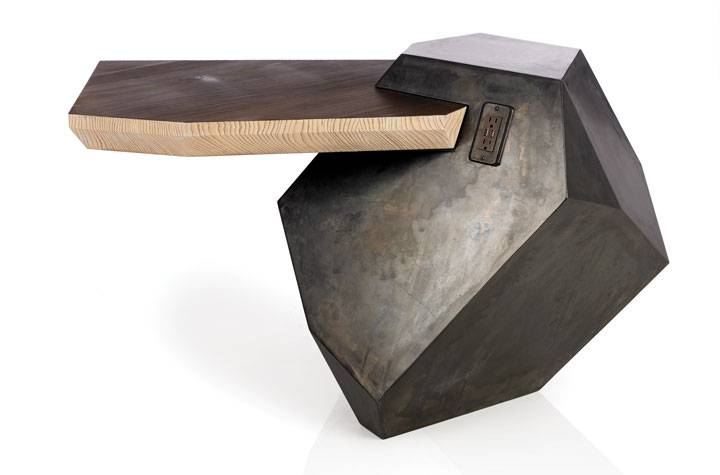 Designed by Kirk Van Ludwig and renowned blacksmith Jake James, pod11 can be a nightstand or side table, or can even be built at desk height. The design features an optional electrical outlet.