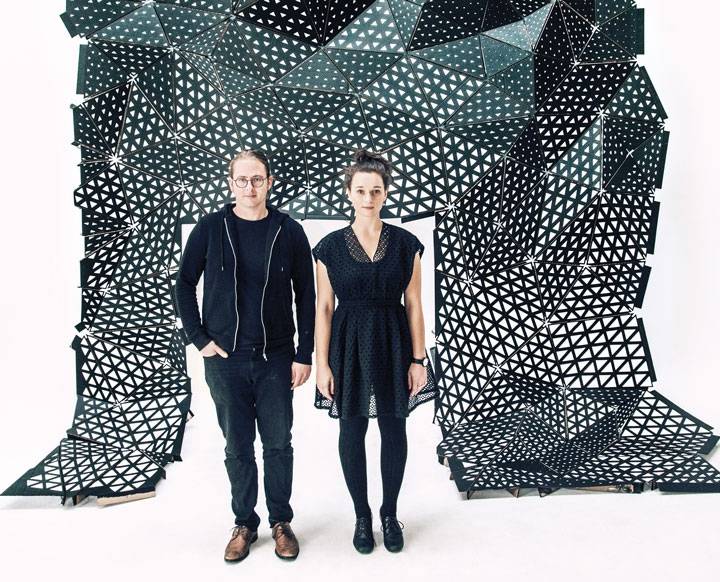 Walking into Studio Robazzo feels a little like entering another dimension. An expansive laser-cut geometric form seems to grow out of the floor and up the wall to the studio’s second-floor workspace. It was actually designed as the backdrop for the recent Strike Midnight fashion event at the Bay Centre and was created by the studio using parametric algorithmic design.

Christina Robev, the other half of this innovative design studio, steps in to explain. “Andrew has been writing computer code that generates really complex geometries, such as the backdrop and our Nubo light fixtures,” she says. “All the recent organic-looking work that we have produced was done with this coding.”

Robev and Azzopardi met at architecture school at the University of Waterloo and came to Victoria for Robev’s co-op placement with architect Franc D’Ambrosio. A few custom freelance projects, including a stunning live-edge console table for their landlord and the art direction for 2014’s Fashion Splash, “snowballed” into starting their own studio, says Robev.

Their multidisciplined approach means their portfolio includes everything from graphic design and branding to industrial design, prototyping and interiors.

“One of our tenets in our design is that if the viewer is viewing or engaging with a piece, there should be some sort of relationship formed,” Azzopardi says. “A lot of work out there feels static, so how do you create dynamic objects without moving parts? For us, that’s been a really important question in our work.”

This sensibility is on display with their .010 Light, which was featured at Design Week Mexico 2017 and in the Mexican edition of Elle Decoration magazine. It will also be shown at IDS 2018 in Toronto.

With their ongoing experimentation with parametric design, the pair hope to bring their creative solutions into people’s homes and office environments.

“Why can’t we use beautiful sweeping forms to create partitions between people’s cubicles?” Azzopardi asks. “I sense there is going to be a shift away from the sleek, standard barren minimalist box. We are on the cusp of reemerging into a neo-form of baroque.”

Get a Feel For Studio Robazzo’s Work 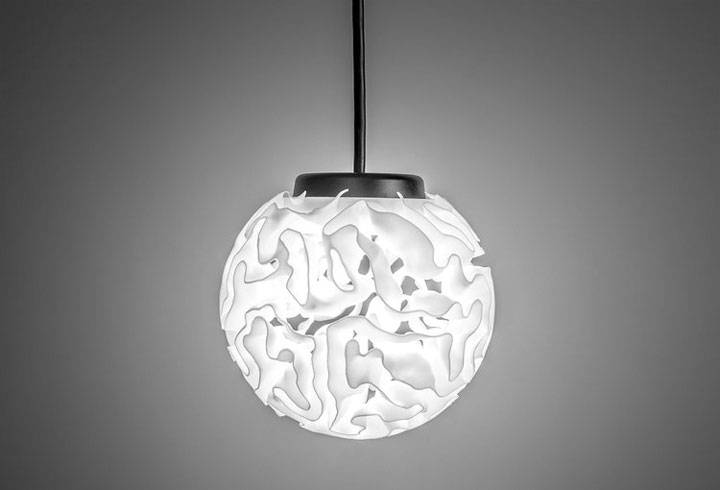 The geometry of Studio Robazzo’s .010 Light was created by differential growth algorithms and inspired by the forms of coral reefs. 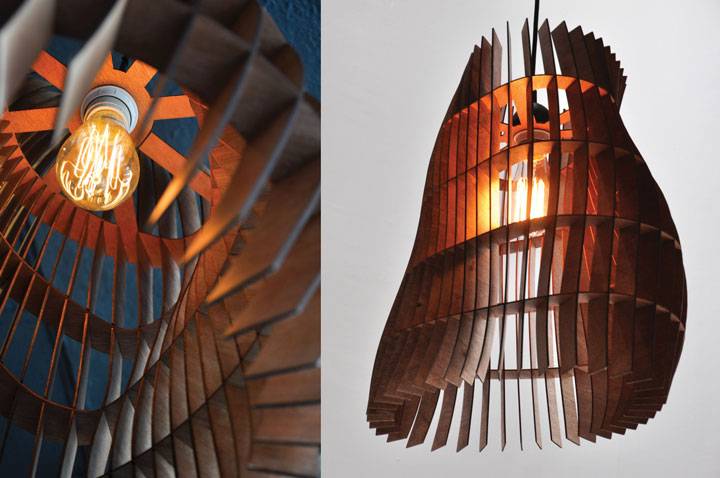 The custom lighting for Nubo Japanese Tapas was designed with computerized algorithms
and employs laser-cut mahogany arranged in a waffle structure.