A visionary couple has brought the ancient art of olive growing to Salt Spring Island — and the result is a rare extra-virgin olive oil, coveted by chefs. 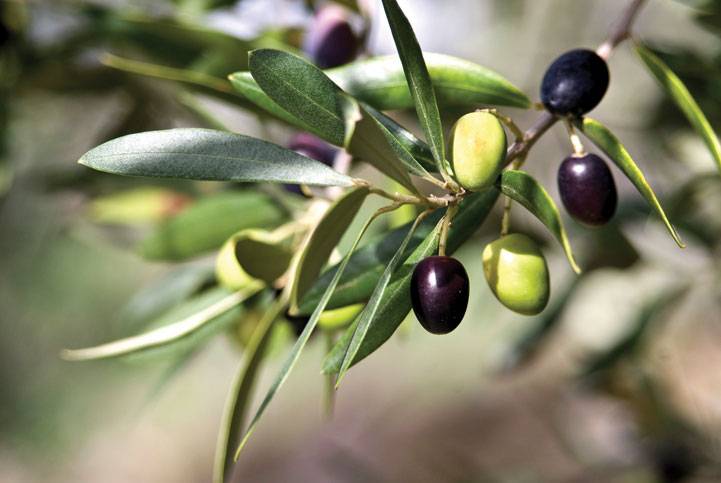 If you’ve ever travelled through the Tuscan hills or along the rocky shores of southern Greece, you’ll know the romantic lure of the olive.

It was in the countryside of southern Spain where George and Sheri Braun were first smitten by huge groves of ancient Andalusian olive trees “sweeping down hillsides” and gnarly old specimens punctuating the landscape.

Most of us must leave our encounters with olive groves in our holiday memory banks, but not the Brauns.

They came home and turned their memories into The Olive Farm on Salt Spring Island — and recently bottled the first homegrown extra-virgin olive oil in Canada.

“There were many, many naysayers,” says George Braun as we walk the slope here in the Fulford Valley where 2,400 of the young grey-green trees are planted in undulating rows.

“Nobody has ever done it, but this is a special microclimate,” he adds, noting the olives are planted on former vineyard land.

“Where you have Madrona or Arbutus trees and Pinot Noir, you have a chance of growing an olive tree.”

Though others have planted olives on the Gulf Islands — the Saturna Olive Consortium imports and sells several varieties of olive saplings and olives have been growing on Pender Island for nearly a decade — none have planted olives commercially or taken the olive from tree to press to bottle anywhere in Canada.

It was last December when the Brauns gathered family and friends to pick and press 1,000 pounds of olives in their new Pieralisi mill. The olives were small and green, but the mill produced 33 litres of extra-virgin olive oil, a deep-emerald liquid with fresh herbal notes, hints of artichoke and a spicy phenolic bite on the finish.

Bottled in slim 200 mL bottles, The Olive Farm’s cold-pressed EVOO is a rare and expensive product — allocated to just a few chefs and available direct from the farm for $75 a bottle.

It’s on the menu at Hastings House on Salt Spring Island, where Chef Marcel Kauer drizzles the grassy oil artfully around his appetizer of local scallop ceviche. You can taste it at other restaurants, too: Savio Volpe in Vancouver, Buca in Toronto and The Wickaninnish Inn in Tofino — and dignitaries may soon be served this all-Canadian creation at Rideau Hall in Ottawa.

A LEAP OF FAITH

First cultivated in Syria some 5,000 years ago, olives spread throughout ancient Greece and Rome, and today more than a billion olive trees grow across the Mediterranean and around the world, from South Africa and Argentina to Australia and California.

The Brauns have had setbacks, losing some trees to cold temperatures and wet winters, but their 73-acre farm has good drainage and a south-facing slope. The Maurino, Leccino and Frantoio olives they’ve planted are hardy varietals that have survived in northern Italy for centuries, and Braun is confident they will thrive on Salt Spring and produce larger crops, and more oil, every year.

“It’s a long-term project — and a huge leap of faith,” he admits. “Given another five or six years, we’ll have answers to all of our questions.

“But, as they say, you plant a vineyard for your children, and an olive grove for your grandchildren.”