A bestselling new book about the Japanese concept of ikigai — meaning “reason for being” — inspires our writer to take a deep look at how we discover and pursue our purpose in life.

How old would she have been that day she came looking for me to ask if she could prune the scraggly lilac bush outside the office? Maybe 45, though she looked much older — the price of a hard life full of disappointment, poverty and drugs.

I was executive director of Peers Victoria at the time, a non-profit run for and by sex workers. She’d been at our drop-in only rarely, mostly to connect with our outreach services, if at all. I didn’t know much more about her than her name that day she approached me.

That would all change once she started caring for that struggling lilac. She started coming around pretty much every day after that. I saw her with eyes wide open from then on. Watching her bring that scraggly shrub back to beauty was just about the most hopeful thing I’ve ever witnessed.

I must have known at some level by then that purpose is vital to a fulfilled life, being a purposeful person myself. But seeing this woman heal herself by pouring love into a forgotten and sad plant was the act that brought that vague hunch to the surface. The woman thrived right alongside the plant she was tending, and I came to see just how necessary it is to believe that there is more to our lives than just to keep the body we’ve been given alive for a few decades.

The affirming return to splendour of that shrub and the woman who loved it showed me that a sense of purpose is a fundamental human need. For this woman in survival mode — living so rough and dangerous that just staying alive every day was a major achievement — it would appear that food, safe housing and a place to rest her weary bones would be the most crucial needs. Yet what she longed for was meaning.

I don’t imagine she had any idea she’d start coming into Peers every day after that. But how else could it have gone, with her knowing full well that only she could be trusted with the best interests of that bush? Hadn’t it been all but dead until she loved it back to life?

The bush thrived and flowered under her remarkable touch that summer, and I hope all the compliments that came her way let her float above the ground for a while. She seemed like the kind of person who hadn’t had many chances to do that in her lifetime — a woman who’d heard “loser” and “useless” directed her way a lot over the years. But after reviving that lilac, she basked in the warmth of brilliant success.

Ikigai and the Meaning of Life

I recently read the 2017 self-help book Ikigai: The Japanese Secret to a Long and Healthy Life by Héctor García and Francesc Miralles which aims to guide readers in living the fulfilled, long lives enjoyed by a renowned community of elders on the Japanese island of Okinawa. The elders live by the tenets of ikigai, an ancient Japanese wellness strategy centred on the importance of purpose to a life well lived.

“What gets you up in the morning?” ask the authors.

The example in my own life of the lilac bush clarified for me that it needn’t be a grand answer (“Ending world poverty!” “Global peace!”) to be fulfilling. We tend to forget that at times and beat ourselves up for not doing something more dramatic to make the world a better place — especially in periods when our own privileged lives get to feeling uncomfortably comfortable.

But if you actually reflect on all the things that get you out of bed in the morning, few among us are living a life without purpose. Those of us who can’t reach for the stars instead reach across the room. But we are all reaching.

Of course, purpose does need to be philanthropic to count in the way that Ikigai and countless other self-help books imagine it — as a mission that goes beyond your own needs to address a larger need in the world. Feeling purposeful about your big income or your unbelievably thick mattress is probably not going to cut it. Purpose in the ikigai sense is about finding meaning in your life that brings good to more people than just you.

It could be a big gesture, like the $28 billion that Bill Gates has given to charitable works over the years, or Mother Teresa’s renouncement of all material pleasures so that she could serve Christ “among the poorest of the poor” in India’s slums.  But in its own small way, a beautiful lilac bush in a public space is a gift to the world. We can’t all be saints, but we can all do something.

My spouse and I spent four-plus years living and working in Honduras and Nicaragua fairly recently, returning to Victoria in May 2016. In those countries, nobody spends a lot of time reflecting on whether their lives have purpose. They’re so deeply connected to their families and to their faith that it’s like their sense of purpose is built right in.

The majority of people in Central American countries live in precarious circumstances. Only the rich enjoy anything resembling certainty. For everyone else, it’s low wages; a local food supply at constant risk of drought, flood or insect plagues; zero job security; and extremely limited state supports. Even a comparatively small problem — a broken arm, a slow start to the growing season, a flat tire — can usher in full-on disaster.

Yet people’s sense of purpose sustains them. They aren’t asking themselves why they get up in the morning, because they know, and have known from virtually the day they were born. They get up to put food on the table, spend time with family, keep the wolves from the door. They get up because God says get up, so that’s what you do, period.

My Honduran co-workers and I sometimes had long talks on drives to distant villages, after my Spanish improved and my male colleagues got comfortable with the concept of exploring issues of religion, mental illness, homosexuality and more with someone who might be able to explain the unfamiliar culture that their American news channels and made-in-America movies exposed them to.

On one such car ride, we talked for a long time about anxiety and depression, and why it was that North America seemed to have so much of these issues while Honduras had barely any. I conjectured that human beings perhaps have “worry” quotients to fill, and that once a nation has reached a state of development where we no longer have to worry constantly about our daily bread, we simply move on to other worries.

But I also heard in my colleagues’ questions the issue of purpose — the anxiety that so many of us in countries like Canada seem to have that we aren’t good enough, that we’re not making a difference, that life is passing us by. We live in a rich country that keeps the majority of us well fed, sheltered, educated and protected, yet whether our lives have purpose still weighs on us.

Perhaps we need to reflect on how much we’re already doing to bring purpose and meaning to the world. The children whom we raise to be good global citizens. The elderly neighbours whom we check on a couple times a week. The snow we brush off of dozens of people’s windshields one day on a neighbourhood walk.  The metaphorical lilacs all around us, abloom because we took the time to care about them. There’s always more to be done, of course, but the joy of a life lived with purpose also comes from taking the time to recognize what you’re already doing that’s meaningful.

What gets me out of bed in the morning? I suppose it’s the chance to be part of a better world. We are lost if this world really is for those who never benefit anyone but themselves, and I can’t bear to leave a world like that for my grandchildren (or yours). It sounds like an ambitious personal mission, but mostly it comes down to keeping an eye out for where I can be of help, and then helping.

Sometimes I reach for stars. But a lot of times I just put a smile on and see where it goes. Meaning takes root in the most unexpected places.

What Is Your Reason For Being? 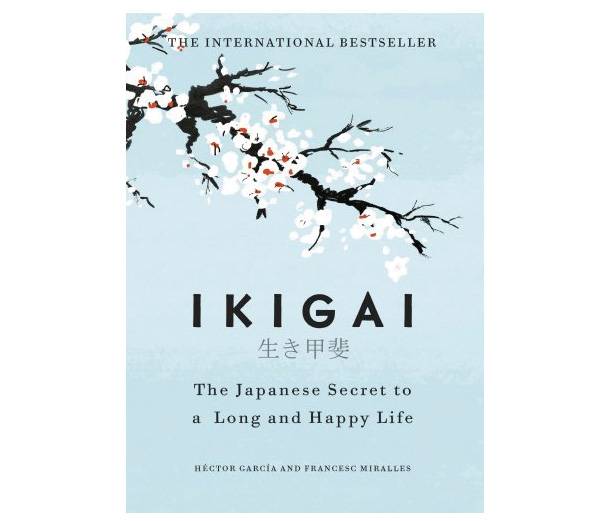 According to the Japanese, everyone has an ikagai — which translates to “reason for being” or “meaning for life.” In their recent book, Ikigai: The Japanese Secret to a Long and Healthy Life, Héctor García and Francesc Miralles explore how finding your ikigai can lead to a happier, more balanced — and longer — life. While they acknowledge ikagai is different for everyone, they advise that being curious and doing things that make one happy are part of the discovery process.