If illustrator Renee Nault were to appear in an episode of the TV show The Big Bang Theory, it would likely be in a scene set at Comic Con, where the nerds would fawn over her as a beautiful nerd goddess of the graphic novel world.

To say Nault is a nerd, which she freely admits to on her Facebook page, misses a key attribute — she is a cool nerd, something altogether more interesting.

Her spiky, blond hair gives her something of an elfin look. This, combined with a youthful exuberance, a penchant for modern vernacular and a passion for comics and graphic novels, makes her current and relevant and gives her an air of someone who’s in the right place at the right time with the right talent. 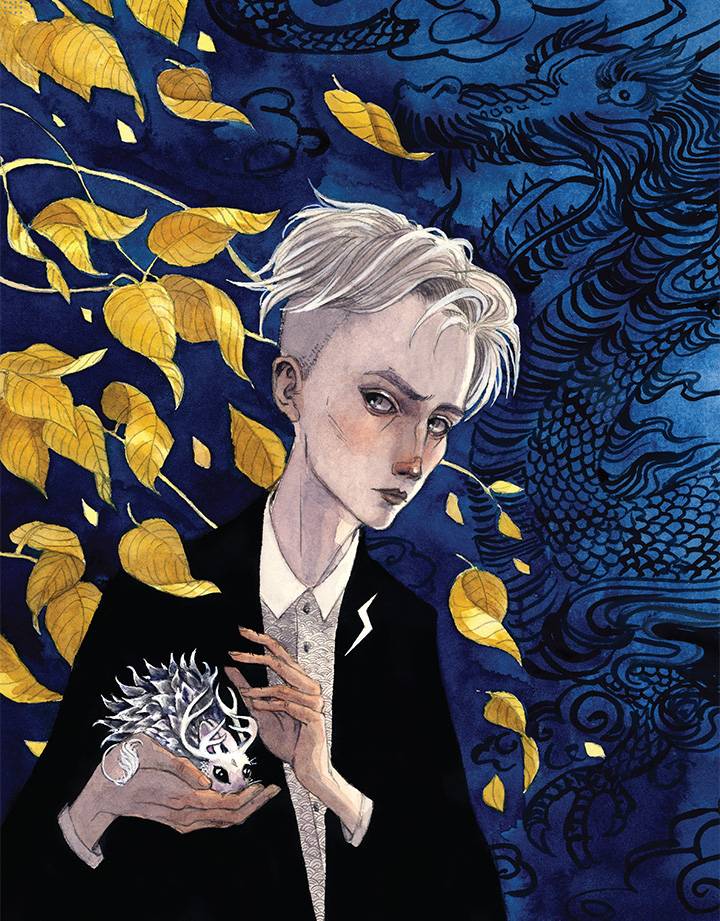 Renee Nault calls this self-portrait Protecting the Hybrid. The hybrid shown here is a mix between a rabbit, a stag and a nudibranch (a type of sea slug). It represents something completely new in the world, like an idea, that is still half-formed and fragile.

Nault, whose vibrant watercolour-and-ink illustrations of mermaids and fantastical worlds has attracted a devoted following, is also a sought-after illustrator for fashion, books, magazines and newspapers such as the Los Angeles Times. She was recently chosen by publisher McClelland & Stewart to turn Margaret Atwood’s multi-award-winning dystopian novel The Handmaid’s Tale into a graphic novel, an accolade of immense proportions. Working on Atwood’s book is a measure of her shooting-star status in the comic and graphic novel world.

Where her vision comes from
Nault is bursting with ideas that seem desperate to be told. Her fascination with dreams and the dreamlike states is obvious in her 48-page comic Witchling, the story of an orphaned girl who can talk to animals and is haunted by dreams of a mysterious forest that she must enter to find the answers she seeks.

Jane, the heroine of Witchling, is a misunderstood outsider, something that resonates with Nault.

“I think that sort of outsider perspective is pretty common among artists,” she says. “If you’re sensitive, you feel like an outsider most of the time until you get a little older and can pick your friends more.” 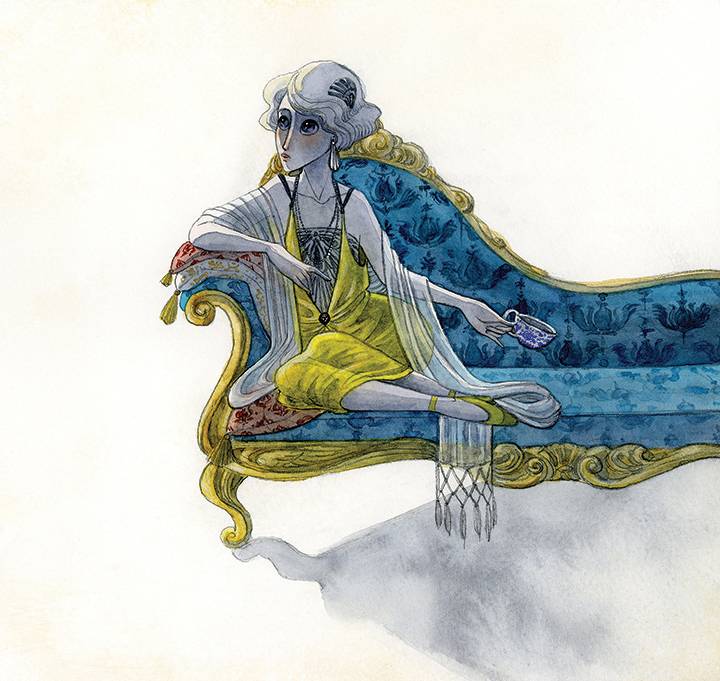 From Witchling, Nault’s comic about a girl whose dreams begin to spill into her waking life.

Beneath life’s surface
Through her work, Nault seeks to make the subconscious dreaming mind visual. “I feel we intuit a lot more than we can articulate,” she says. “I want to bring that to life so people understand what I mean through shared symbolism, history and folklore.”

She believes that creating her own comics, as opposed to illustrating someone else’s vision, is the purest way to tell a story. “I can just go wild. People respond to that — they like the unfiltered vision of the creator.”

This unfiltered vision is never more present than in the wordless introduction to Witchling, in which deer-like creatures gather in a forest, where they meet a tall woman with short blond hair standing by a barren tree. Readers are left to work out the symbolism for themselves as stags rear and appear to do battle, and the woman (who looks a little like Nault) cries tears that appear to be blood.

“The fun thing about Witchling is how weird I can make it,” Nault says. “I can follow my own little obsessions and tangents and make it surreal and dreamlike.”

Why she loves mermaids
It’s not surprising Nault started painting mermaids. They are, after all, mythical creatures.

“I’ve always liked drawing mermaids,” says Nault. “They’re pretty fun to draw — lots of swoopy lines, and you don’t have to draw feet. Feet are hard! You wouldn’t think so, but they are.”

She paints a new mermaid each week, which she posts on her website. After she began posting the mermaids, young women started commenting how much it means to them to see mermaids of diverse cultural origins, or not willow-thin.

She has now completed 30 works featuring mermaids of all types, colours, shapes and sizes — and even a merman.

“I am pretty politically motivated,” she says, “but in my work I think that’s not my calling. I’d never thought of it before, but it’s such an easy shift [to realize] not everyone has to look the same.”

She recognizes how important it is for people to see representations of themselves in art.

“Especially when you’re a young woman and all the images you see are something not at all like you,” Nault says. “That’s weird and depressing. It’s almost like you’re being cut out of a fantasy life everyone else has.” 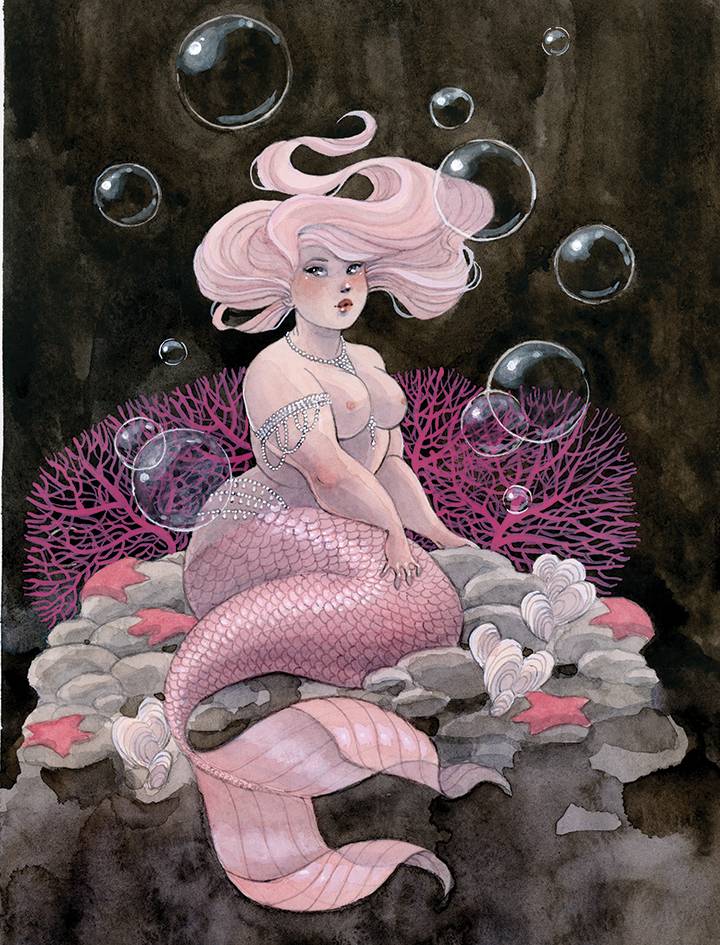 Pink and Pearl Mermaid is an example of Renee Nault’s desire to welcome diversity in body types in her work.

What makes her tick
Nault actively melds her work life and home life into one; she has no desire to separate the two.

Her work represents an all-consuming, almost urgent, passion to communicate.