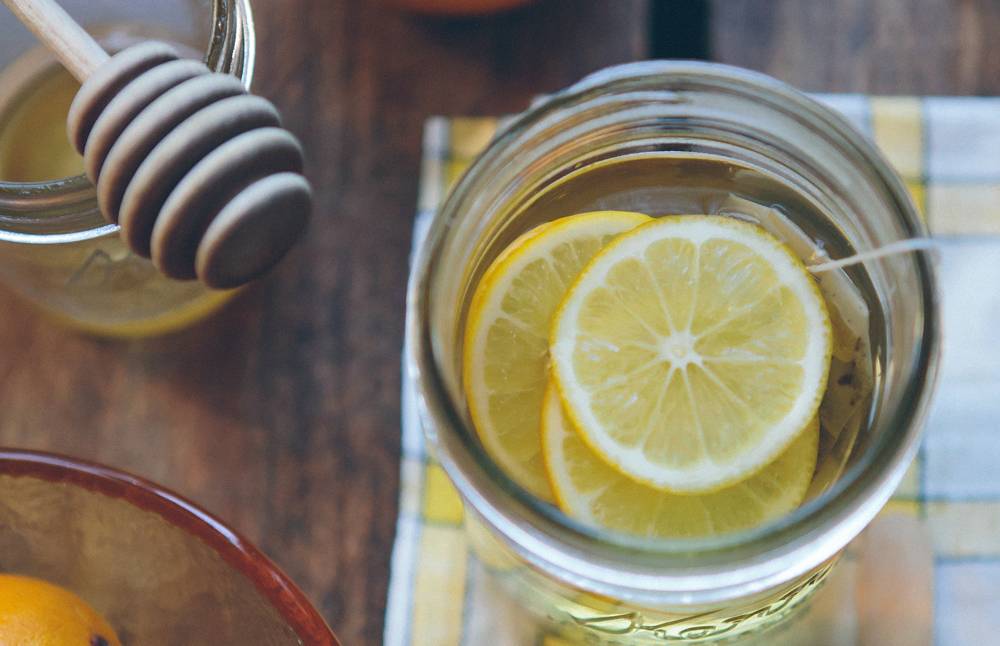 After the Rio Paralympic Games wrapped up and she brought home her gold medals last year, wheelchair racer and Parksville-Qualicum MLA and social development minister Michelle Stilwell said she was weighed down by exhaustion, torn between whether to run for re-election and spending more time with her family.

She’s not alone. More than three-quarters of Canadian workers surveyed report working while tired, and one-third say they do so very often, according to a 2016 survey by staffing firm Accountemps. Lacking focus, procrastinating more, being grumpy and making more mistakes are the results.

Call it ongoing tiredness or call it exhaustion, this epidemic is currently razing a population near you. From falling asleep at the wheel to flipping out when the server gets our order wrong, many of us are feeling the negative effects of too many obligations, too many demands, too much information, too little downtime and too little sleep. We chug high-test coffee and grumble good-naturedly at the water cooler about how busy we are, while inside we wonder how many more days we can go before we hit the wall. We know it’s coming. We know nobody can withstand this pace. And yet somehow we do.

The really crazy thing about exhaustion is that we think this is normal. “Because exhaustion is so commonplace nowadays, we don’t identify it as a big problem,” says Dr. Mark Sherman, general practitioner and founder of the BC Association for Living Mindfully (BCALM). “We have friends and family members who are taking antidepressant and antianxiety medications, but because it’s so common we normalize it as something society is going through.”

Sherman points to an epidemic of sleep issues, mood disorders, stress-related diseases and pain complaints — all relating to the stress epidemic that we’ve somehow managed to normalize. Even more bizarrely, we wear our exhaustion like a badge of honour — a status symbol of sorts.

“What is this about?” asks Sherman, posing a question that’s so rhetorical it hurts. “If we care about ourselves, why do we go, go, go until we’re overwhelmed?” Doing so, he says, compromises our relationships, diminishes our ability to be skilful and loving parents, and depletes our ability to engage in self-care.

The Pressure to Be “Enough”
For the most part, many of us do it because we want to appear a certain way on the outside. “There is an intimate relationship between profound insecurity and our sense of not being enough,” says Sherman. “Not that we don’t have enough. That we are not enough.” So we try to define ourselves by our jobs, our stuff and how we look on social media, all the while feeling like we can never fill the cup.

“It comes from a place of shame and insecurity, and it leads to ‘comparison mind,’ where we are always comparing ourselves to others and seeing where we fall short.”

Ah, there it is — it’s the demands of living in our modern world. Some of us would happily see Facebook burned at the stake. And almost none of us would argue that the rise of mobile devices and the Internet has coincided with a sense of never being able to shut off.

But in her latest book, Exhaustion: A History, British scholar Anna Katharina Schaffner takes a microscope to our conviction that we are the most tired group to ever have lived. If, like me, you have managed to convince yourself that modern life is way more exhausting than it could possibly have been in the Victorian era or the 1950s or even just before AOL, well — you’re wrong. Schaffner proves, through medical, cultural and biographical sources, that extreme mental and physical stress are pretty much mainstays of the human condition, regardless of era.

How to End Exhaustion
Fine, then. Regardless of its causes, exhaustion isn’t anything new. But still: you’re feeling exhausted. So can we talk about how to change it?

First, there’s good exhaustion and there’s bad exhaustion. “To me, in my training, exhaustion is a good thing,” says Stilwell. “I love pushing myself to the limit where I’m seeing stars, can’t breathe. You need to push yourself past that to be elite, and the best in the world.” 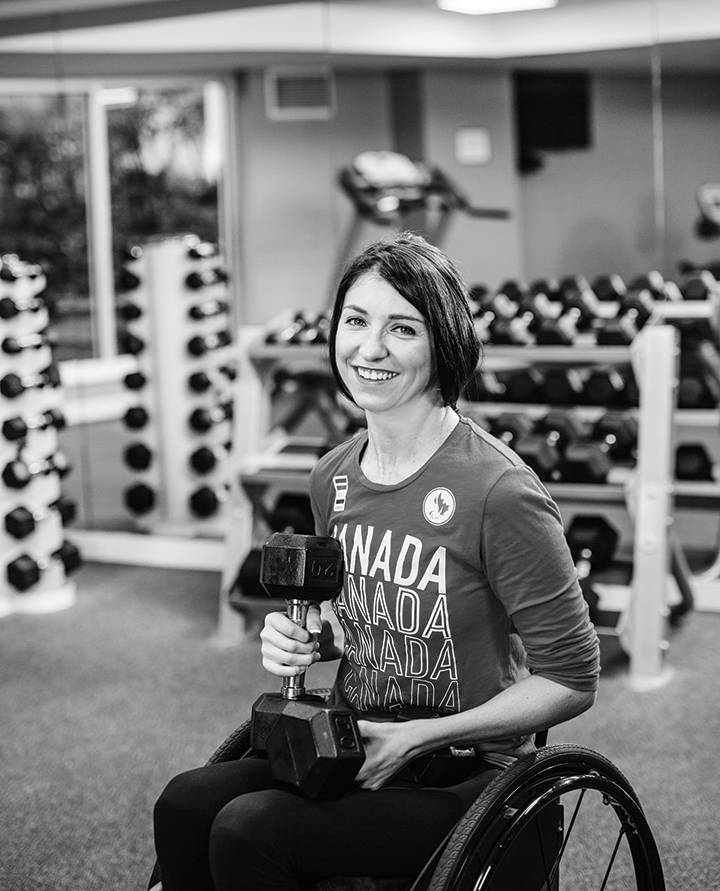 Michelle Stilwell holds six gold medals from the Paralympics, including two from Rio. Part of being a mom, athlete and MLA is learning how to deal with exhaustion. Photo: Simon DesRochers

But Stilwell cautions against this kind of limit-pushing in day-to-day life, where we’re not facing physical exhaustion as much as mental exhaustion. To mitigate against exhaustion in her ultra-demanding schedule — daily physical training, raising a middle-schooler, briefings and meetings, listening to constituents when she runs into them at the hardware store, answering emails late into the night — Stilwell honours a healthy lifestyle. She drinks enough water and gets enough vitamin D to support her immune system; she chooses exercise over TV or browsing social media; she prepares clothes and lunches ahead of time in order to avoid before-school chaos. And now that the Paralympics are over, it’s likely these measures will prevent exhaustion from sneaking up on her again.

Here, in eight steps — each of which will restore approximately half of the energy you lack (do the math: you really can get the cup to overflow) — YAM shows you how to recapture that joie de vivre.

1. Schedule unscheduled time.
Leave one day a week free of birthday parties, social commitments, events and obligations. “It’s not just kids who need idle time,” says serial entrepreneur Rebecca Kirstein, who last fall spearheaded Victoria’s first-ever multi-day education summit. “Human beings need idle time. We need time to just go with the flow; to just wake up naturally and go wherever the wind takes you.” Being unscheduled doesn’t mean you can’t go for a walk with a friend or attend a potluck, just that nothing should be planned ahead of time. Also, feel free to nap, like Saanichton web developer Shawn DeWolfe. “I look for shortcuts,” says the busy father of a teenage daughter and stepson. “I used to be mocked for taking naps, but I will if I can manage it.” It helps him stay stable when working for clients in the 24-7 web environment.

2. Fully and completely accept yourself.
Our minds are prone to a negative bias, says mindfulness expert Dr. Mark Sherman. “We tend to only see the negative in ourselves and others, and we don’t appreciate what we are and what we have.” Sherman echoes the late psychotherapist Carl Rogers, who insisted that change can only occur once an individual has fully and completely accepted themselves. “When we love ourselves and can accept ourselves and our myriad flaws and idiosyncrasies,” says Sherman, “when we are not shaming or beating ourselves up, then there is space to make change.”

3. Take responsibility for what you’re eating.
“What you put into your body has a huge bearing on how you feel,” explains Dr. Marita Schauch, a naturopath, speaker and author who works at Tall Tree Integrated Health and who specializes in treating adrenal exhaustion. Plan healthy meals, eat enough protein and produce, drink water and ease up on the sugar (this goes for white carbs, too). Magnesium and vitamins B and C are all nourishing to your nervous system and good for anxiety, says Schauch. Focus on all your senses when you’re eating. And don’t skip breakfast: you can’t get your hormones back in balance unless you normalize your circadian rhythm. A checkup at your doctor’s is always a good idea, especially if you’re feeling particularly ground down.

4. Would you please sleep, already?
Really, this is the foundation of physical and mental wellness. Sleep is to your brain what the charger is to your cell phone. It powers up the areas controlling mood and behaviour, stabilizes chemical imbalances and consolidates memory. “Take it seriously,” says Victoria counsellor Sarah Pullman. “There is a serious long-term consequence to body, mind and spirit being exhausted.” Pullman asks her patients to commit to making the hour before sleep a time of winding down. Have a bath; read a book; practice deep breathing to signal your nervous system to begin calming itself. “If having a good sleep is an issue, seek holistic care from a naturopathic doctor or acupuncture or whatever helps you,” she says. “It’s important not to accept it as that’s just the way things are.”

5. Watch what you tell yourself.
“If you say ‘I’m tired’ over and over,” says Schauch, “that’s all your body knows.” Schauch, who typically goes by Dr. Marita, challenges her patients to use words carefully, because they are powerful. The truth of this cannot be underestimated. Toltec spiritualist don Miguel Ruiz leads off his landmark book The Four Agreements with a directive to be impeccable with your word: the word shapes your thought and speech, and in so doing, the events you create in your life.

6. Slow down.
Challenge the idea that overscheduling is a good thing, says Pullman. She points to the swaths of evidence that overscheduling is destructive for kids, and asks how it could possibly be any different for adults. “People need to practice saying no, which is really hard,” she says. “You feel like you will be disappointing someone or letting someone down. But you really need to get better at listening to your own gut, and knowing what is too much for you.”

7. Let go.
Loosen your grip on the control lever. Let other people help you. Put down those things that aren’t essential. Put them down. “Sometimes you have to let things go,” says Victoria’s poet laureate Yvonne Blomer, who juggles her literary duties with caring for her son, who has autism. “I would rather really consider before I say yes than have to back out, so it is making me more careful about what I agree to.” (Blomer elegantly illustrated the “letting things go” tip when, during our interview, her six-month-old Brittany spaniel wandered into the room with suddenly and inexplicably blue feet, having upended some bubble bath. Instead of freaking out about the furniture … she stopped and took a photo.) Sherman agrees, noting that letting go becomes easier if you are accepting of who you are — because along with that comes an acceptance of your natural limitations. 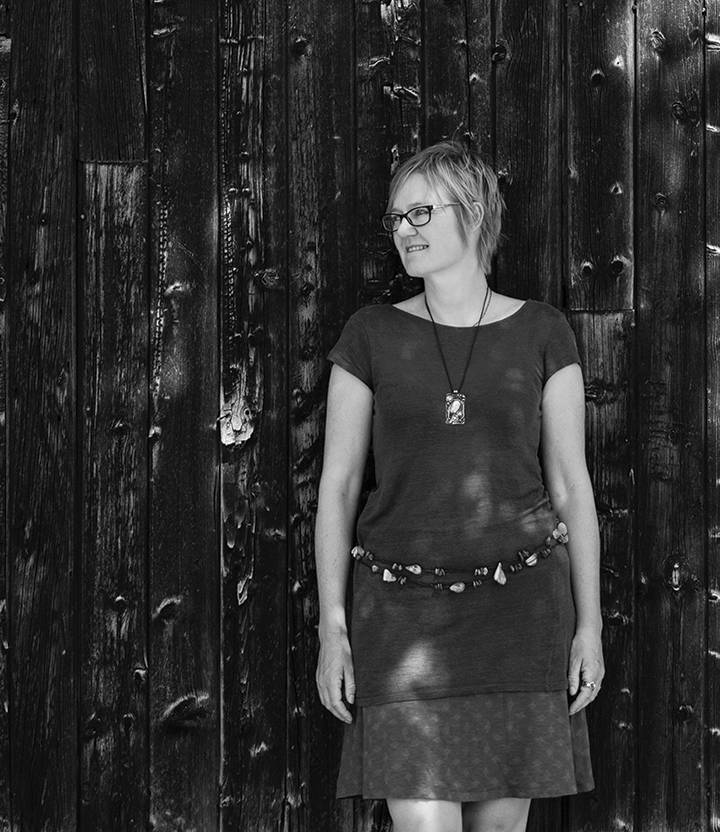 “Sometimes you have to let things go.” Photo by Jeffrey Bosdet

8. Be mindful.
This isn’t about sitting still and clearing your mind of thought. It’s about recognizing that you are exhausted, that it’s not normal and that this is an issue — and beginning to shape your life to meet your core needs. Begin by paying attention to your feelings, and honouring your own deep wants. “As a society, the journey away from this tipping point is one of self-love,” says Sherman. “If we can move from a place of self-judgment, self-loathing and shame to self-acceptance and self-love, that’s way more important than if someone just learns to meditate.”

Change Your Story
Exhaustion is ubiquitous, but it doesn’t have to be your story. “One message I want your readers to take away is that of hope,” says Sherman. “There have been lots of people who have really suffered — who have been at that point of exhaustion and burnout, but who have reclaimed their lives.” Pick your starting point, be it a mindfulness program, a new food group, an earlier bedtime or unused space in your schedule, and make the change.

You got yourself into it. You can totally get yourself out of it.