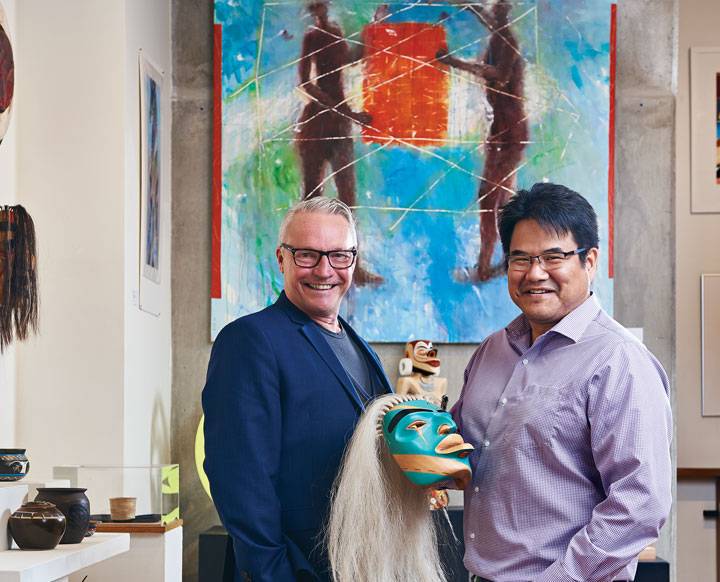 Kaleidoscope Theatre’s Pinocchio runs March 9 and 10 at the McPherson Playhouse.

There’s a fine line to tread when adapting well-travelled stories into theatre for young audiences. When it clicks, the dividends are tangible, resulting in entertainment that satisfies kids and adults, theatre that informs and a show that passes along some allegorical wisdom.

Kaleidoscope Theatre has been tip-toeing that high-wire for 44 years, since founding artistic director Elizabeth Gorrie and her husband, Colin, let kids’ theatre be a powerful experience that transcended age barriers with productions that challenged and, at times, enraged parents.

In fact, adhering to that sharp edge was almost Kaleidoscope’s undoing. In 1996, area schools boycotted Stiletto, its controversial cabaret exploring sexism and racism among youth.

Concerns that Stiletto was too graphic and provocative for young kids came at a time when the fully professional company was under extreme financial duress. It had already laid off half its staff and creditors were barking at the doors. Soon Kaleidoscope would lose its Herald Street theatre. And Gorrie, in 2000. She died 11 years later from lung cancer.

It took time for Kaleidoscope to recover and shift, financially and artistically, and it’s only in the last few years that it feels like Gorrie’s legacy is being honoured.

Roderick Glanville, who took over as artistic director in 2011, hasn’t shied away from presenting Gorrie-worthy theatre. The latest is Pinocchio, but more Carlo Collodi’s late-19th-century fable than Walt Disney’s iconic 1940 animated treatment.

Collodi’s book, which first appeared in serial form in a Rome newspaper from 1881 to 1882, is fairly dark and serious, and is considered a tragic work. In an early version, the puppet dies in the noose as punishment for his naughtiness.

Hardly the stuff of Disney. And not quite where Glanville wants his adaptation going.

Kaleidoscope’s Pinocchio will not be tortured, hung by his skinny wooden neck or have his feet burnt off.

“We’re targeting elementary and middle schools,” says Glanville, who will be directing. “I’m trying to grow our audience, not terrify them [but] I will not shy away from some difficult topics.”

Originally hired by Gorrie as an actor, Glanville has a 25-year association with Kaleidoscope. He understands success in kids’ theatre means choosing recognizable titles to glean school system support, but, he emphasizes, “recognizable safe titles that we can put a unique Kaleidoscope twist on.”

In this case, it’s less Jiminy Cricket and more of the original book about a wild boy led to temptation and then back to redemption. The story is filled with strong messaging around responsibility “because every single chapter is a moral tale.”

And though he admits he doesn’t want to be heavy handed about it, Glanville is aligning Pinocchio with the struggles of First Nations. It’s a fresh, propitious take in the time of truth and reconciliation.

For those who have forgotten the story of what is, surprisingly, the most translated non-religious book in history, Pinocchio is a puppet who, through his actions, saves himself and his father and is granted forgiveness and acceptance. Ultimately, he’s transformed into a real boy. Glanville has the idea that this is what reconciliation might be about (minus, of course, the magical metamorphosis into humanity). And he goes further, suggesting that Pinocchio’s journey, in which he emerges through layers of cultural oppression and history, parallels the story of Canada’s Indigenous people.

Holding his premise firmly in place is a collaboration with the Kaska/Tlingit artist Dean Heron, whose images will become the show’s design, placing this Pinocchio geographically and culturally in the Pacific Northwest.

“I’ve been looking for a project to work with Dean on and then immediately, it was like this is the show to do,” says Glanville. “It’s all Trickster. Every single one of the characters that Pinocchio encounters is teaching us a very hard lesson about responsibility and community. It’s got Indigenous interpretation all over it.”

Heron agrees that Pinocchio’s journey of transformation isn’t so different from First Nation lore. “Transformation, that’s a common story throughout most of the [Indigenous] groups on the coast. Most of the stories on the coast are exactly that — moral stories that teach lessons.”

He says placing this story in a West Coast environment (which his art will emphasize in the play’s set) harnesses a geographic connection that ties the land to the people.

The addition of two Indigenous cast members solidifies this local take on a classic and ensures it won’t be the sanitized, assimilationist fable that taught children to live with American middle-class values. That’s been the criticism of Disney’s version.

Elizabeth Gorrie would have liked to have heard that.