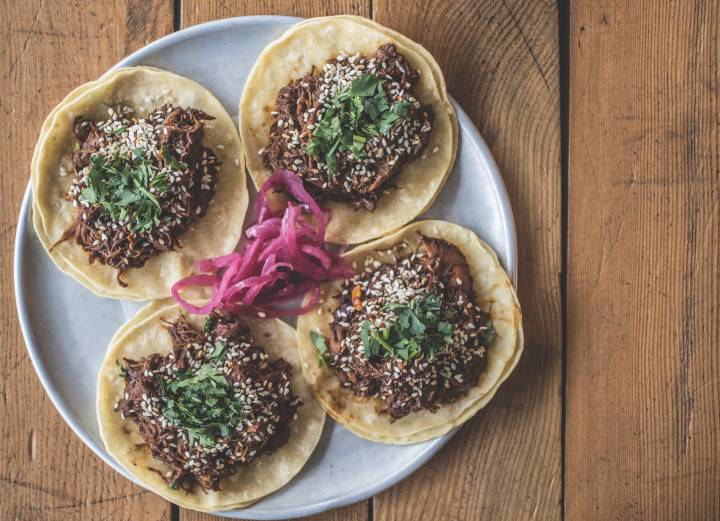 The little jar that Marcela Ramirez hands to me is an intimate piece of her personal culture — a bit of spicy mole (pronounced mo-lay) sauce she can trace all the way back to her grandmother’s kitchen.

“We always keep a little mole and add it to the next batch,” she says, explaining how the sauce passed from her grandmother to her mother and finally to her own pantry to share with her daughter Andrea. It’s the authentic flavour lucky diners at Vancouver’s Cacao restaurant taste when they order the wild mushrooms in mole sauce.

Ramirez says holding back a bit of mole sauce is a tradition she brought to Canada from her home in Mexico’s state of Veracruz. The older mole intensifies as it ages, she says, adding a boost of flavour and umami to the next pot.

So it’s with this “secret sauce” that I embark on my own mole-making adventure. Though it’s not something I make often, I fell in love with Mole Negra, a traditional black mole, redolent with sweet ancho chilies and chocolate, on a food trip to Oaxaca. There, you’ll find piles of dark, intense mole paste in the markets, ready to add to your meat and poultry dishes, and little restaurants where the tradition of making this classic mole goes back generations.

Mole translates as “sauce” in Mexico, but the word often points to the famous chili sauces of Oaxaca and Puebla, made with dark dried ancho, pasilla and mulato chilies and Mexican chocolate. With mole paste in the fridge or freezer, you always have a flavourful base for braising chicken for filling tacos, tamales and enchiladas, or thinning with broth to drizzle over grilled meats.

Because mole is considered a “mother sauce,” passed from mothers to daughters, it seems only fitting to talk about it in May, the month we celebrate both Mother’s Day and Mexico’s Cinco de Mayo (May 5). My mole recipe, based on what I learned in Oaxaca, is darker and more intense than Chef Ramirez’s fruitier chocolate-laced sauce, so I added puréed prunes, a banana and a little more Mexican chocolate to half of my mole recipe to create a version closer to the Veracruz-style mole she shared with me.

I also saved a little of my own mole this time. It’s waiting in the freezer to use for our next Mexican meal. It’s a tradition that can add depth and continuity to your sauce — now my mole will always have a touch of a Mexican grandmother in its DNA, the soul of the real Mexican kitchen.

It’s just not just mole that is enjoying popularity here in Canada. Mexican cuisine is increasingly popular, with Mexican-inspired eateries popping up all around town. La Tortilla Mexicana has expanded its operations with a new family restaurant downtown. At the reimagined Café Mexico, there’s a massive tequila and mescal collection behind the bar, and a modern Mexican menu that runs from crispy Chicken Tinga Taquitos to Skirt Steak Taco Boards. If you want fast Mexican takeout, there’s Rica Salsa, Cocina Pequeña (from the Hernandez family) and Adriana’s The Whole Enchilada in Saanichton.

Recipe: How to Make Mole Negra

Tacos Are Still the Star of the Show 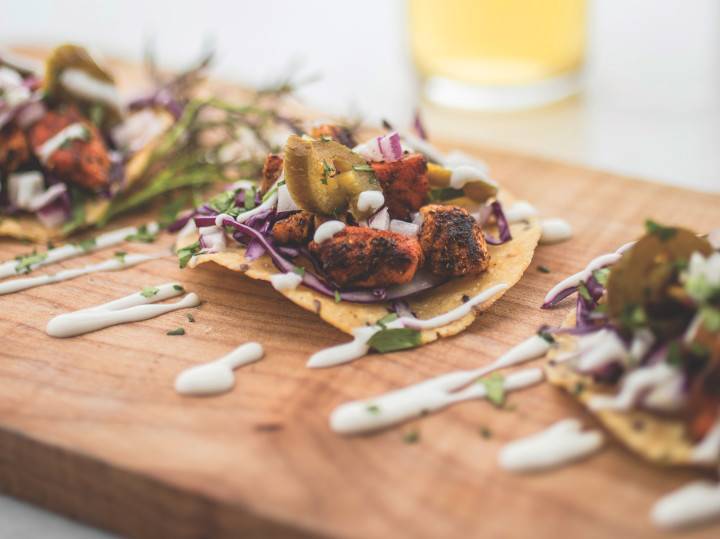 Tacos are certainly in the spotlight here in B.C. As one Vancouver food writer said, “tacos are the new sushi” in that city. From flank steak asada to chicken in mole sauce and shredded pork carnitas, a fresh corn or flour tortilla is the perfect vehicle for tasty toppings — and a fast snack.

Tacos are a big deal in Victoria too. In fact, the Tacofino brand, which started in a surfside bus in Tofino, has grown to include several Vancouver locations and a popular taco shop in downtown Victoria. It’s at the nucleus of what’s been dubbed the Taco District, with two other taco shops, La Taquisa and La Taqueria Pinche Taco Shop, just steps away.

The latest entrance into the meaty taco tradition is Taco Stand al Pastor, a sister of the popular Roast sandwich shop, in the Victoria Public Market. They specialize in al pastor pork marinated in adobada sauce, then slowly spit-roasted, sliced and served with roasted pineapple on corn tortillas (or in a flour tortilla burrito or rice bowl). Additional taco toppings include steak, crispy battered fish and a tasty vegetarian combination of flame-grilled nopal cactus with fried cheese, zucchini and salsa verde.

Fish tacos are especially popular in Victoria eateries, from tiny takeout spots like Red Fish, Blue Fish to local pubs. At Spinnakers, dry-rubbed wild Pacific salmon, halibut and smoked tuna are served on crisp tostadas with crunchy cabbage, pickled jalapeno peppers and a drizzle of citrusy sauce. Chef Nigel Taylor says it’s a contrast in textures, and it’s the perfect way to use up fish in their zero-waste kitchen.

From mole sauce to fish tacos, Mexican cusine is worth celebrating, so why not create your own mole sauce for Mother’s Day — or host a Cinco de Mayo taco night? Or head out on the town for and explore Mexican eateries and the fabulous flavours they bring to the local food scene.

Even More: Where To Buy Latin Ingredients In Victoria