This spring, Victoria’s Blue Bridge Repertory Theatre returns to the work of William Shakespeare for the first time since its 2009 highly acclaimed inaugural production of As You Like it. Director Brian Richmond’s six-person adaptation of Macbeth, the story of the 11th century noble and his alleged plot to seize the Scottish throne, takes place May 5 to 17 at the Roxy Theatre in Victoria. 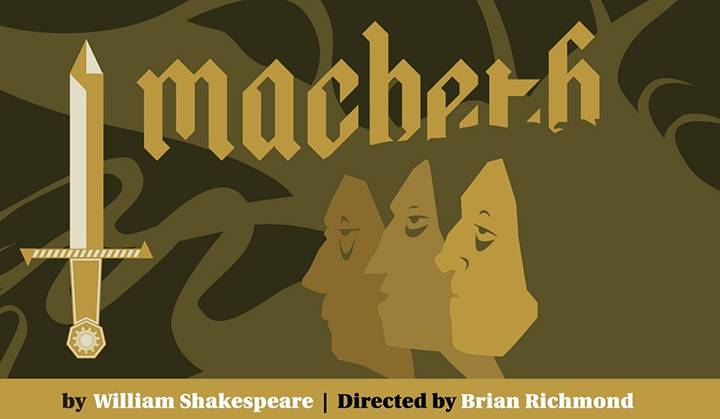 Macbeth comes to life on stage from May 5 to 17 at The Roxy Theatre.

In Richmond’s allegorical approach, this adaptation focuses on the story of a man and a woman who, blinded by their ambition and superstition, fundamentally misunderstand the relationship between fate and free will. In this pared-down version of one of Shakespeare’s most famous tragedies, Richmond utilizes the three Weïrd Sisters, or Witches, to play the bulk of the nearly 30 characters in the play. Modeling the concept of the three sisters on the Greek Fates, the emphasis of this production is centered on the timelessness of a story that sees Macbeth, and his ruthless wife Lady M, become more and more entwined in the  machinations and struggles between the Weïrd Sisters and their leader Hecate.

This stellar cast is made up of some of the best Blue Bridge core-acting company members. Jacob Richmond will lead the company in the title role of Macbeth while Celine Stubel will return to Blue Bridge to take on the role of Lady M. Christopher Mackie plays Banquo and Macduff while Iris MacGregor-Bannerman, Shauna Baird and Grace Vukovic take on the other twenty plus characters that have been wrapped into the roles of the Weïrd Sisters. Joining them will be four current and near graduates of U Vic’s Department of Theatre, Chloé Dufort, Nicola  Whitney-Griffiths, Jenson Kerr and Levi Schneider in the roles of the Apparitions.

The Creative Team includes long time Richmond collaborators John Mills-Cockell as the Composer and Sound Designer, Choreographer Treena Stubel on Movement and Shadow Sequences while Rebekah Johnson will design the lights. New to Blue Bridge will be Tamara Marie Kucheran on Costumes, with Kucheran and Laurin Kelsey as Associate Set Designers.

Tickets can be purchased by calling Ticket Rocket at  250 590-6291 or online at ticketrocket.org.