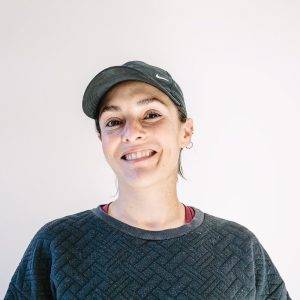 The butcher-shop business has traditionally been a man’s world, but luckily, that hasn’t stopped Victoria’s Rebecca Teskey from taking on the task of sourcing, cutting and selling local, sustainable meat — first as co-owner of The Village Butcher and now with her own Farm + Field Butcher downtown.

Teskey has set up shop in the new Fort Common District, servicing Fol Epi’s Agrius restaurant and a handful of other local chefs. Ask for your own steaks cut to order, find unusual bits like caul fat or sweet breads, and get meats that are seasoned and ready to cook. Look for local lard from pastured pigs, specialty ramen broths and stocks and even Teskey’s own rubs and house steak sauce.

“I was originally a chef, and that background gives me lots of ideas when I’m breaking down an animal,” she says.

Teskey wants customers to understand what goes into raising the ethical meats. “This kind of shop is important for people interested in where their food is coming from and how the food they buy affects not only their own health but the health of the environment and the food system too.”

Smart, savvy and unshakable in her ideals — watch and learn, guys. 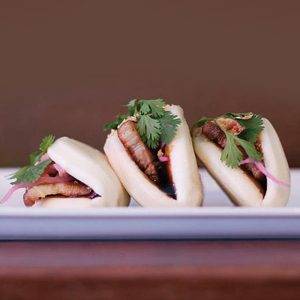 With Chinese New Year just past, my thoughts are full of dumplings, from xiaolongbao, top-knot-twisted soup dumplings bursting with juicy broth, to steamy, pretty siu mai stuffed with minced pork and crabmeat.

This year there’s a new bao on my mind and a great little spot on the edge of Victoria’s Chinatown by the same name.

At Bão, they specialize in ramen noodles and the spongy bao buns, those steamy little pancakes first popularized by chefs like Momofuku’s David Chang in New York.

At Bão in Victoria, these fluffy flatbreads, with roots in Korean and Taiwanese cuisine, are served like little tacos, folded around all manner of exotic Asian fillings, from barbecued pork with grilled pineapple to Tonkatsu fried chicken with gingery cabbage salad. There’s even a dessert bao, filled with creamy condensed milk, banana and Nutella.

Owners Arthur Webb and his wife, Kylie Arnot-Webb, opened Bão, their new Asian eatery, in the old Noodlebox location, a company for whom Arthur worked as executive chef for more than 10 years. 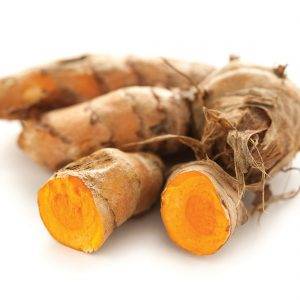 Turmeric, a spice that imparts a vibrant yellow colour to everything from ballpark mustard to curries, is the new trendy functional food.

Long popular in Chinese and Indian Ayurvedic medicine, turmeric is now being touted as a healthy cure-all. Its active ingredient, curcumin, is a powerful antioxidant and anti-inflammatory substance that may reduce deposits of the type of plaques associated with Alzheimer’s disease, lower cholesterol and help patients with arthritis.

I recently happened upon a jar of Naledo Truly Turmeric, “wild crafted whole root turmeric paste.” On further investigation, I uncovered a fascinating story behind this paste. It’s a product made in Belize by Vancouver’s Umeeda Switlo and her daughter Nareena Switlo, both former CUSO workers.

Umeeda discovered the wild turmeric growing in the farmers’ cacao forest in Belize while working on a youth employment project there. This old varietal has two to three times as much curcumin as today’s cultivated plants.

“It’s the only raw turmeric root paste on the market,” Nareena says of the family’s triple bottom line product.