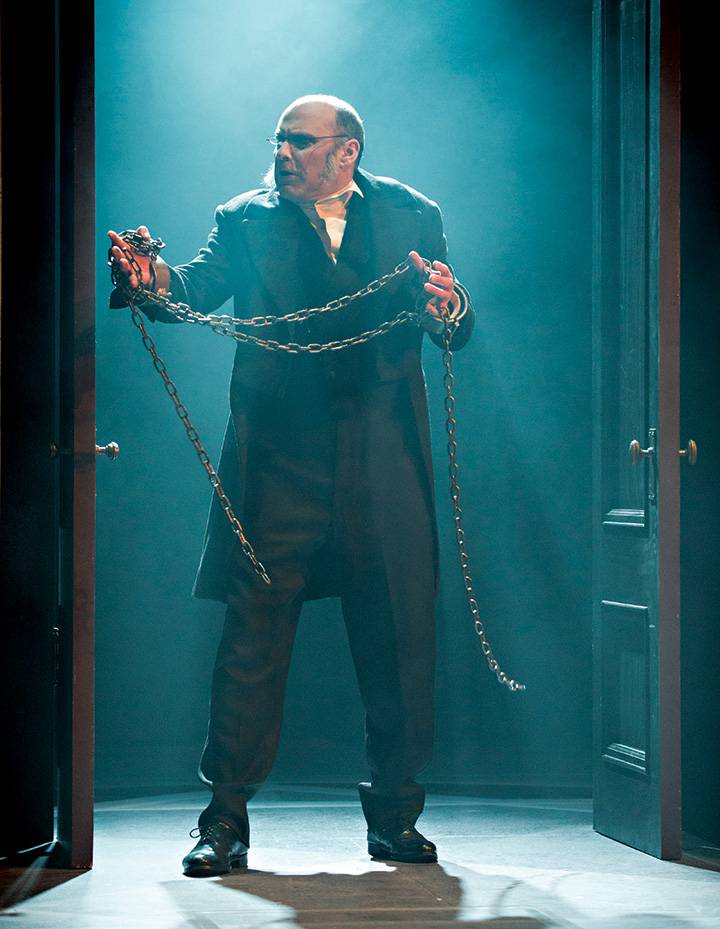 If Charles Dickens had written A Christmas Carol today, instead of 170 years ago, it’s likely that the curmudgeonly Scrooge would be a One Percenter, that despised brand of ruling class we like to schlump all our ills upon. Perhaps a senior manager with Goldman Sachs.

That guy from Bear Stearns. Or Donald Trump. His notorious “Bah! Humbug!” may have become a riff on “Greed is good.”

And like The Donald, Ebenezer Scrooge (just saying the name conjures up a certain moral ugliness, doesn’t it?) has been perhaps unfairly vilified to a degree we’re comfortable with, handed a bum rap by audiences keen to hang it all on a despicable miser right out of Molière. Real fourth circle of hell stuff.

Don’t blame Dickens. Once we stopped reading him (C’mon, who’s actually read A Christmas Carol?), we assumed film versions of Scrooge were accurate. The lugubrious Alastair Sim and George C. Scott and, um … Bill Murray. Even that “Give like Santa, save like Scrooge” from those annoying Canadian Tire ads.

But, dammit, Scrooge isn’t that man. Listen to Belfry Theatre artistic director Michael Shamata, who’s bringing back his acclaimed A Christmas Carol to Victoria from December 1 to 20. It will be the 12th remount of the seasonal classic for Shamata, who originally wrote the adaptation of Dickens’ novella in 1991, while he was artistic director at Theatre New Brunswick.

His Scrooge, you see, has a heart. You’ll have to look closely, because it’s not much more than a lump of coal, but it beats!

“Maybe he’s not the person we always imagined. The heart is there,” says Shamata. “He just shut it off as a young boy when (his childhood crush) Belle rejected him. It’s not like it’s dead, and that’s what gives it so much humanity.”

Scrooge as a real person. Not a caricature of sour and lonely.

A thoroughly peaceful man, writes Dickens, guilty of no true crime and who has robbed no one.

Shamata continues. “If Scrooge isn’t just a skinflint, but somebody we recognize as a human being — and not a stereotype — then there are those moments where we identify with him. We get it.”

Shamata says Scrooge justifies his actions, and those justifications are the same as those many business people use today.

“He pays his taxes and contributes to organizations that benefit charities. He’s a member of the community. He does his bit. It’s fun to not make him this conservative miser or stereotypical mean guy. He can be played that way, but he can also be played as a practical businessman. Practical, though unsentimental.”

The Debatable Scrooge
Shamata’s isn’t a rogue appraisal of Scrooge. Recent debate amongst academics (yes, it’s a hot topic of debate) suggests Scrooge, a financier working on the Victorian equivalent of Wall Street, might be considered an economic hero, paying his fair share of taxes, employing workers and financing the Industrial Revolution. Even Cratchit, they maintain, is getting paid market wage. Scrooge is merely some kind of fiscal conservative, miffed at having to give money to “make idle people merry.”

However you want to paint him, Scrooge, played with both a growly gravitas and light-hearted beauty by Tom McBeath, is one of literature’s and the stage’s great deep and complex characters. He rages like Lear, facing his own death. And he is humbled into redemption by ghosts and memories.

A Ghostly Love Story
Shamata, who also directs his adaptation, makes love and redemption prevalent as Scrooge gets that all-too-rare second chance we all want. Well, love and redemption plus ghosts, some very dark places and memorable scenes that put a lump in the throat.

Tiny Tim’s body laid out in bed, stiff and dead. The little funeral procession. Everyone crying.

Scrooge’s brutal rejection of the one love in his life. We’re stabbed in the heart when he casts that ring onto the pavement.

And then watching Scrooge watch himself as a younger man on the dance floor, happy, in love, with everything ahead of him.

It’s a play of raw energy and emotional wallop and certainly ranks among the very best shows the Belfry has ever presented.

Shamata even hinted that the Belfry may stage this A Christmas Carol every second year from now on.

And, to that news, God bless us every one.

A Christmas Carol is at the Belfry Theatre from December 1 to 20.