Take a tour of a family manor that exudes coziness and connection with nature. 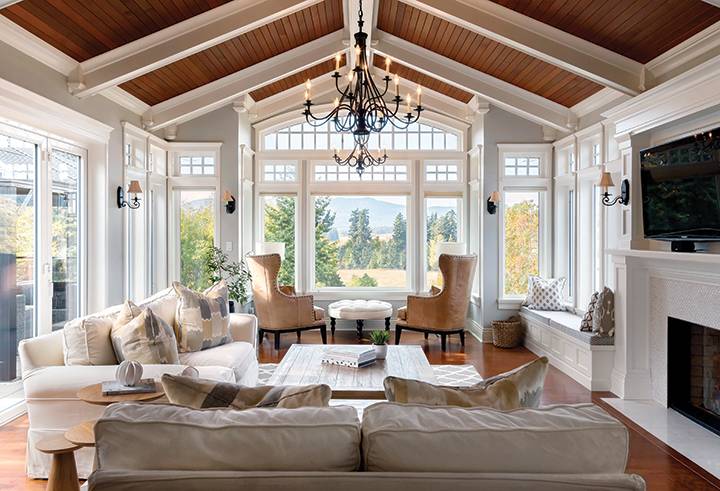 Anne and Chris Tetley had dreamed of finding a home in West Saanich. They wanted room to grow a family and connect with nature — a place where they could garden and play, amidst their busy lives. So when a custom-built home in their preferred area came up for sale, they knew they had to jump on it.

The property had everything they’d dreamed of: a gorgeous house, acreage, a small creek, room for a family, even space to expand a home office. Of course, the timing couldn’t have been worse — it was 2014, and the couple had just become parents to a set of twins. Between new jobs, parental leaves and managing two babies, moving was the last thing they were prepared to do. But a home like this was a diamond find, so with the twins only a couple of weeks old, move they did.

Fast forward just over a year, and the Tetleys were ready to put a stamp on their dream home. They loved the unique structure of the house and the expansive backyard, but they had visions of repainting the pumpkin-coloured walls and addressing spatial issues — like the bump-out bar that disconnected the dining area. With Anne now pregnant with the couple’s third child, however, time and resources were even tighter. But thanks to a single pillow, they would find what they needed. 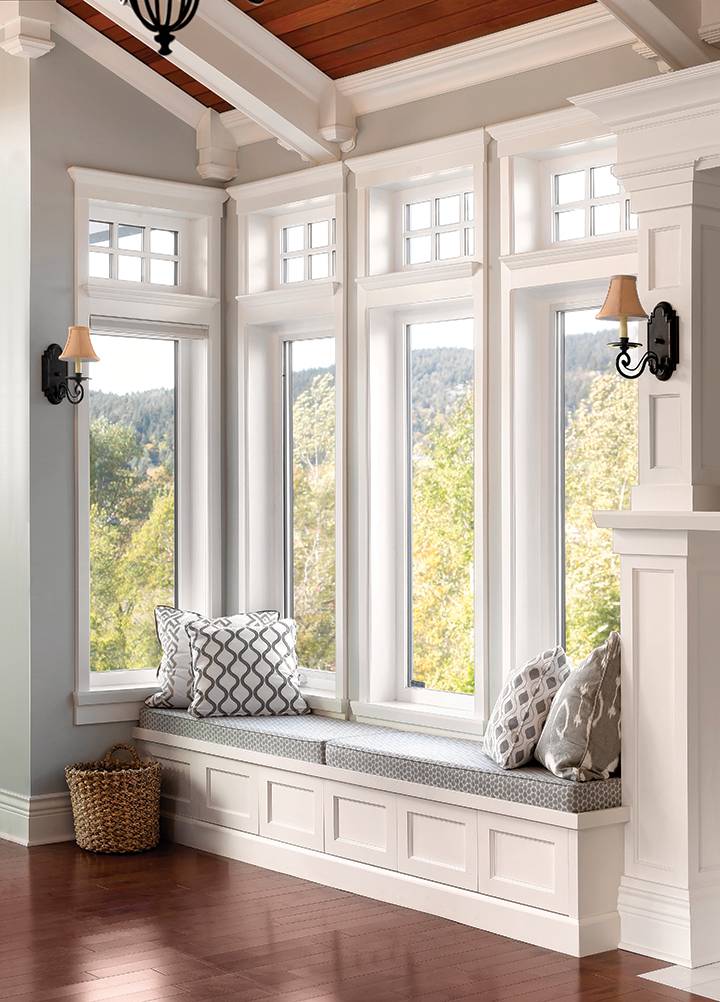 Anne had long wanted to refurbish the sitting area in the great room to create a cozy space for her and the kids to read, but she could never quite get to it. Finally, the couple enlisted the help of nearby designer Lana Lounsbury. Lounsbury brought in a choice pattern for a pillow, which Anne loved, and the project soon turned into a customized window bench. As the kids grew, Anne took on more projects herself, repainting the master bedroom and then, painstakingly, the great room. But when a colour choice went awry, she again sought Lounsbury’s help. This time, the projects blossomed. 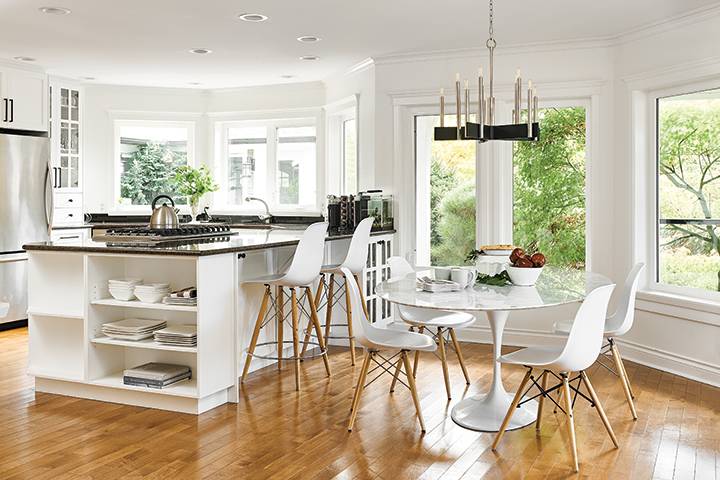 “I warn my clients, you might start adjusting furniture and end up with a full-scale renovation on your hands,” says Lounsbury with a laugh. “What I love about a project like this is that it shows you don’t have to take on the whole house at once — you can work at a pace that make sense for you.”

With a mission to dedicate the lower level of the home entirely to the children, the unfinished basement was up next. The space was converted into three kids’ bedrooms, along with a custom-built bunkbed in one, a downstairs living area, an exercise room and personalized bathrooms. Anne says she’s still waiting to get to know her youngest’s personality before the design is complete, as each room is customized with the children’s preferences in mind.

Paul Hofmann, principal at Hofmann Construction, helped with the overhaul. Structural beams had to be moved to accommodate the layout, but Hofmann was pleased with the result. “We created a usable area that wasn’t there before,” says Hofmann. “In a perfect world, renovations might be done all at once, but when you’re living in a space, it can make more sense to complete it in sections.”

As the family started to understand how they used the space, more renovations followed. Slowly, lighting throughout the house was upgraded with pot lamps and stylized pendants. The bar was removed to open the dining area, and a breakfast nook was created to catch the sun. The mudroom was refinished and outfitted with cupboards that would allow for kids to tumble in and out of the house, and the entryway office was converted into an elegant home business studio for Chris, with Caesarstone countertops and a white gloss tile backsplash to create a clean aesthetic.

Small details throughout the house brought in design flair and allowed the designer and homeowners the space to play with patterned inspiration, like the Decora marble hexagon tile in the living room fireplace, and the Thibaut “Little Leaf” pink bedroom wallpaper in the daughter’s room.

“The house was already beautiful, so we’ve kept everything we could and updated the rest,” Lounsbury says. “Anne and Chris aren’t afraid of patterns, so we’ve had fun creating a modern look.”

One unusual update involved a family heirloom — an old piano that didn’t fit with the house’s motifs. While Anne and Chris wanted to keep it for the kids to learn on, the instrument stood out awkwardly in the space. Lounsbury had the perfect solution: paint it a striking shade of teal. The result was a masterpiece. 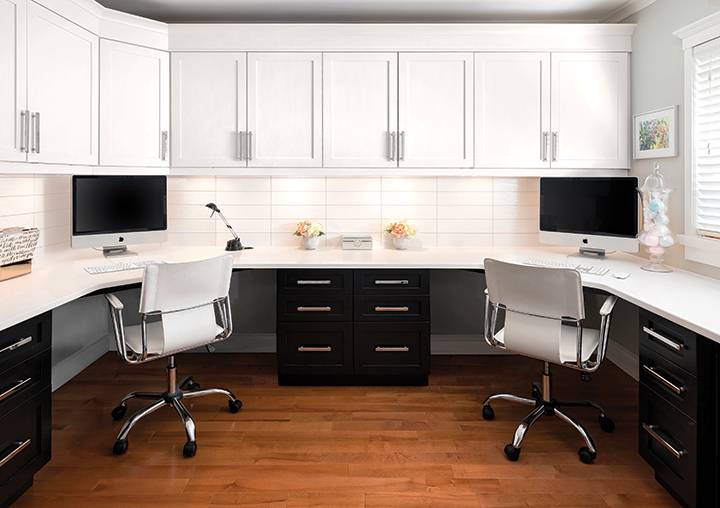 “Until the reno, it felt like we were living in someone else’s house, but as soon as the colours changed, it was ours,” says Anne. “With three kids, we don’t have time to do these things our-selves. Lana really understands our vision, so now we look forward to each project.”

While there is still plenty on the to-do list, from renovating the master bath to landscaping, both Anne and Chris appreciate having a work-in-progress approach to their home.

“It’s fun having something on the go,” says Chris. “We’ve let this home adapt to fit our family as we discover how we live in it. I’m excited to see how that keeps evolving.”

Next summer, the family will have another update to the property: a pool with a pool house — something that’s been on both kids’ and parents’ wish list. Down the road, the Tetleys hope to convert the garage into a larger office for Chris, with more to come after that.

“Our dream is to be the home that all the kids want to come over to, so that we can be in their lives as much as possible,” says Anne. “We love puttering and working outside and having projects we can do together as a family.”