Local street artist Kashif Abbas opens up about happiness, his greatest love and the importance of human connection. 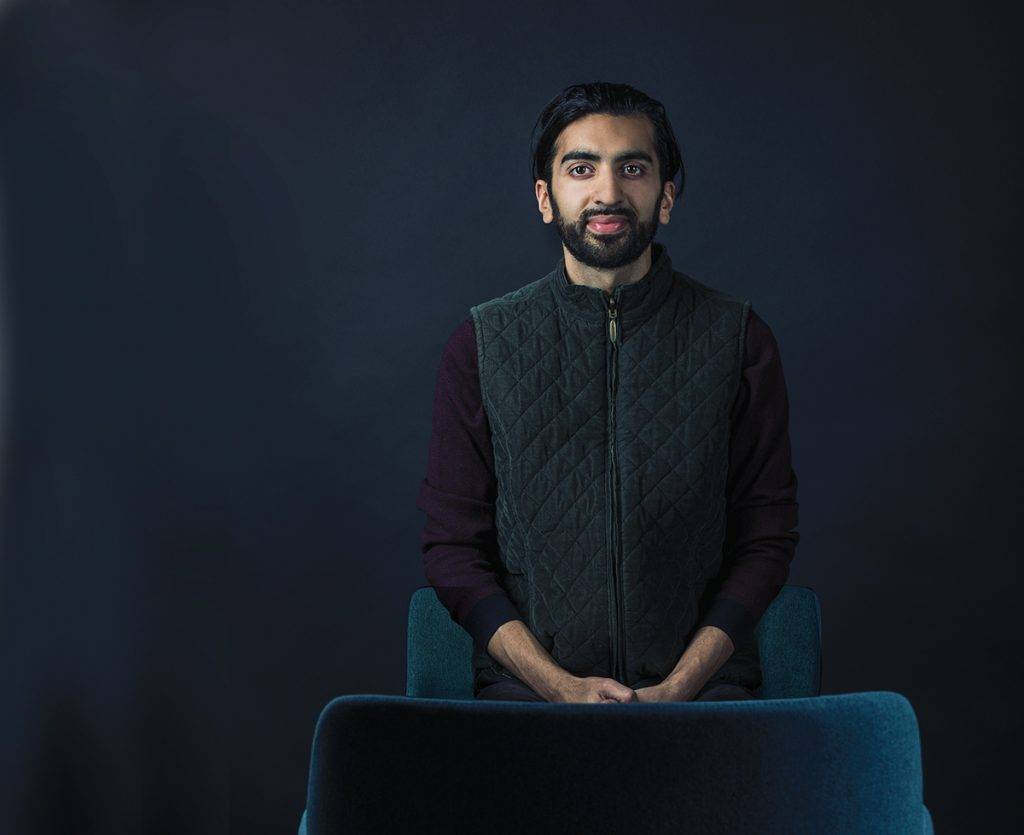 Long periods of eye contact between humans are often fraught with heightened emotions, but staring deeply into someone’s eyes can also be meditative. Looking into the warm, calm eyes of Kashif Abbas on a winter’s afternoon downtown, my verbal brain hushes — its inner squall replaced by the sound of wind spinning leaves across the pavement. After two quiet minutes of eye contact with Abbas, I feel a shedding of emotional layers and a deep awareness of human connectivity I typically associate with the post-yoga high.

This experience is what Oslo native and Victoria resident Abbas offers through Circles of Space, a project that is part street art in the style of renowned Serbian performance artist Marina Abramovi, and part experiment in human connectivity. The former lawyer typically sets up two chairs facing each other on the sidewalk on Government Street near Fort. He sits in one beside a sign inviting passersby to share a few minutes of silence together, face-to-face, eye-to-eye. It takes mere moments, but the experience leaves participants, including me, with feelings of greater well-being and a sense of kinship in the most unexpected of places —
a busy downtown sidewalk.

What’s your idea of perfect happiness?

A sense of community and a sense of connection with the natural world.

Knowing the right thing and still not doing it.

What do you admire most in your friends?

What trait you most deplore in others?

On what occasion do you lie?

Sometimes to comfort others.

The Dalai Lama. I love his childlike playfulness.

I’m pretty minimalistic, but my camera is pretty good. It’s a Sony A7.

Who or what is the greatest love of your life?

Circles of Space. It makes me feel I’m in my element and 100 per cent natural.

Where are you happiest?

In an old-growth forest among the trees.

If you could change one thing about yourself, what would it be?

To be more decisive.

If you were a book, which one would you be?

The Power of Now by Eckhart Tolle.

What’s your most treasured possession?

My eyes. Even when my mind thinks otherwise, they help me see the beauty and light all around me.

What piece of technology do you wish was never invented?

What piece of technology do you wish existed?

What historical figure do you most identify with?

Rumi. He created something that can speak to people so many decades later at a heartfelt level — it’s quite rare.

If you were to die and come back as a person or a thing, who or what would you be?

As a human, because I’m curious about future generations.

What do you consider your greatest achievement?

Having followed my heart even though it hasn’t always made sense.