The secrets of a professional secret keeper are shared. 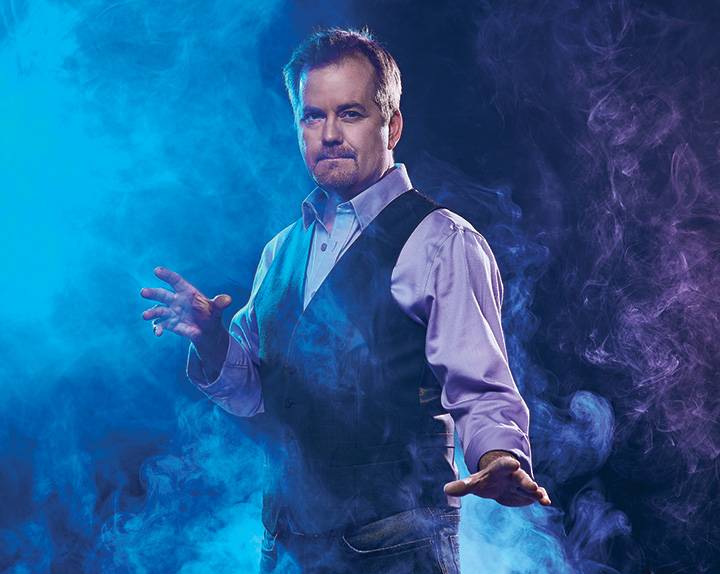 Growing up in Calgary, Murray Hatfield had conjured up his destiny by the time he was 10. It wasn’t rodeo rider or oil baron. It was being wowed by a local magician named John Kaplan.

“Something clicked. I never recovered,” confesses the master illusionist who made Victoria home 11 years ago.

He remembers seeing a show called Illusions: A Magic Spectacular at the old Stampede Corral in 1977, featuring Hollywood’s Chuck Jones. The rest, it can be truthfully said, was magic. A decade later, Hatfield was not only starring in Illusions, but was producing, directing and touring it as Magic ’n Miracles, raising millions for Canadian charities.

Hatfield and stage and life partner Teresa perform internationally, and this summer appeared on Fool Us, a TV series in which magicians try to trick magic-comedy duo Penn & Teller. They didn’t fool them, but they did win the duo’s highest praise for their sophisticated take on Houdini’s Metamorphosis illusion.

What is your idea of perfect happiness?

Sitting on a beach in Tofino. Any beach. Any time.

What is your greatest fear?

Failing as a human.

What is the quality you most admire in your friends?

What is the trait you most deplore in others?

Fear. Not your general garden-variety types of fear (of spiders, public speaking or farting in a crowded elevator), but fear to do and be and go and try and love and live. That’s just a waste.

If I had to pick one, I’d say Barack Obama.

Harry Houdini. He created a new type of spectacle at a time when the world needed it. And became the biggest star on the planet in the process.

What’s your favourite movie about magicians? (Please say The Prestige; that’s my fave.)

Who is your favourite hero of fiction?

Jason Bourne. (In my private world I’m a secret agent.)