Innovation and change aren’t words one typically associates with whisky. It’s a spirit that requires many years to develop character, and within the industry there are very rigid rules as to what can be called, for instance, Scotch single malt or Kentucky bourbon. There is, not surprisingly, an inherent degree of tradition and staidness to this wonderfully complex elixir. The topic of “whisky trends” may seem to be an oxymoron, but change is afoot — in B.C. and around the world. 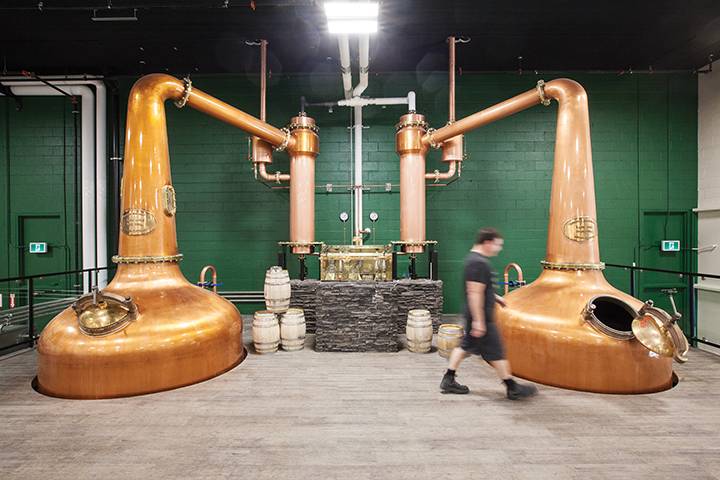 Imported from Scotland, these brass stills at Caledonia Distillery are surrounded by a specially designed platform perfect for tours. Photo: Jeffrey Bosdet

The driving force behind this change is quite simply the rising popularity of the spirit. Increased demand for fine whisky — from Canada, Scotland, the U.S., Japan and beyond — has actually put pressure on the industry to do things differently. And change isn’t always a bad thing, as long as the quality remains uncompromised.

YOUTH MOVEMENT
As with wine, so much of the marketing around whisky, particularly in regards to Scotch, is tied to its age. Older Scotch — say, an 18-year versus a 12-year — is seen as a more premium product and frequently costs more. However, in many ways age is irrelevant, as it only indicates the youngest whisky used in creating it. All age-statement whiskies are a combination of many vintages from a distillery that are used to create a specific flavour profile. So as demand grows and the availability of older liquid shrinks, age statements are being swapped for names (such as Macallan 1824 series) based on other attributes, such as the colour or the type of barrels the whisky is aged or finished in (sherry, bourbon, rum, port or Madeira, for example).

Shifting the emphasis away from age statements can only benefit burgeoning whisky-making regions in the Pacific Rim. West-coast craft distilling has exploded both in Canada and the U.S., and since we’re many centuries behind the more notable whisky producers of the world, a 12-year B.C. whisky is still a ways off. However, since a Canadian single malt whisky is only required to be aged in oak barrels for a minimum of three years, we are just now seeing small releases of local offerings, such as Shelter Point’s Artisanal Single Malt Whisky from Campbell River, which arrived in the spring.

Closer to home, Victoria Spirits released a very small batch of its Craigdarroch Whisky in 2015 (which sold out immediately) and has plans to produce more in the future. As I write this, Victoria’s newest distillery (and whisky maker) is set to open. Victoria Caledonian Brewery & Distillery, located in Saanich just off the Pat Bay Highway, will be dedicated to making fine Canadian single malt and has enlisted the services of “world-class staff and consultants” from the Scotch industry to be part of the team. Big plans are afoot (see sidebar on page 29) for its whisky program, while former Lighthouse production manager Dean McLeod will head up the brewery.

WHISKY TOWN
Homegrown whisky seems like a natural extension of the fervent local interest in the spirit. Victoria’s annual Whisky Festival, held every January since 2006, is not only a hugely popular local event, but also brings industry giants from around the world to showcase their product and offer informative seminars and tastings. It’s widely regarded as one of the best in the world for whisky enthusiasts. And tickets are darn hard to come by because the festival is intentionally kept small — only about 1,000 attendees in 2016 — to provide an intimate experience.

The Victoria Whisky Festival is, however, an event worth attending for both curious newcomers and seasoned enthusiasts alike. The entire spectrum of whisky — from Canadian rye to Kentucky bourbon and, of course, the finest Scotch — is represented, and you’ll likely get the opportunity to try some exceptional drams and chat with the very people who made them.

Tickets for the various events go on sale at the Strath liquor store (919 Douglas Street) on the first Saturday in November (November 5, this year), and the event will be held at the Hotel Grand Pacific (463 Belleville Street) from January 19 to 22, 2017. Festival organizers recommend you line up early, as the popular events sell out quickly. Check victoriawhiskyfestival.com for a listing of the sessions. 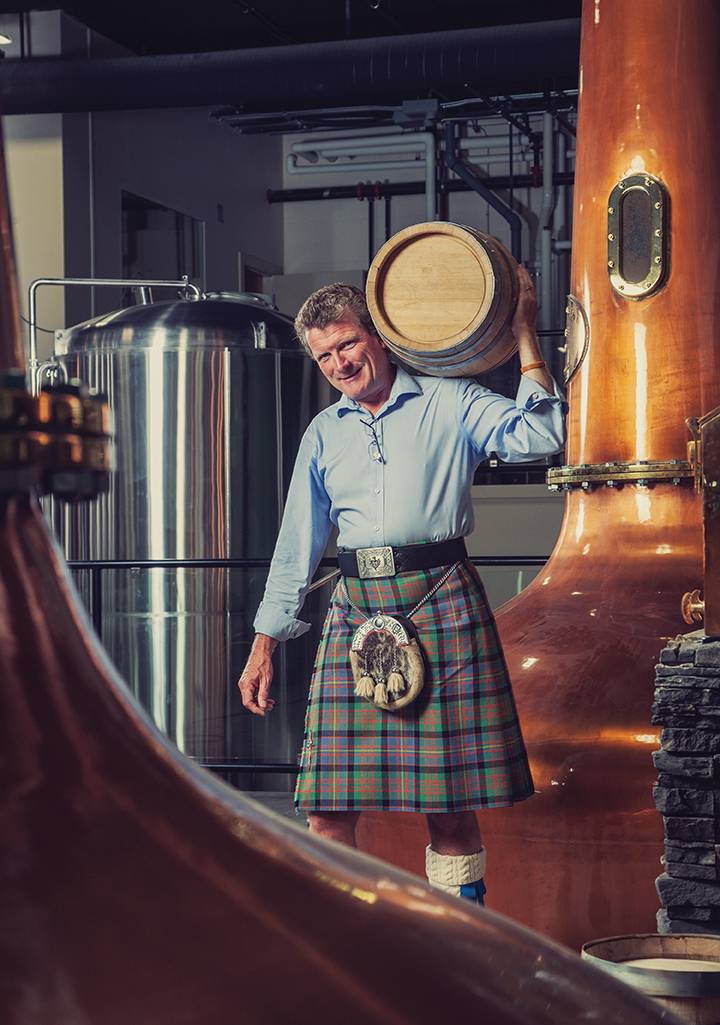 DIY SINGLE MALT
The opportunity to pour a house whisky you’ve personally designed — that no one else in the world has access to — is a dream come true for whisky drinkers. Victoria Caledonian Brewery & Distillery can make that dream happen. You get to call the shots, choosing from a variety of five new-make spirits (including peated and non-peated) and 10 oak choices, for your very own 30-litre cask. The only requirements for this offer? Patience and a good chunk of change. Each 30-litre personalized cask costs $2,372 (deposit plus $622 when the whisky reaches maturity). All the more reason to order yours now.

CLASSES WITH GLASSES
Your whisky appreciation and learning needn’t be relegated to a weekend in January, however. Victoria’s passion for all things whisky has spawned local groups that celebrate it in various ways. The Scotch Malt Whisky Society, a worldwide “club,” has a Victoria chapter run out of the Strath. It specializes in providing members exclusive access to unique single-cask bottlings. In addition to offering the opportunity for members to purchase these rare bottles, tastings are held the first Friday of every month. Contact the Strath or go to smws.ca for details.

There are also two local chapters of the Companions of The Quaich (one on the Westshore and one in Sidney). This society is dedicated to “promoting and sharing knowledge and enjoyment of single malt whisky.” Both chapters offer dinner and whisky tastings as part of their monthly meetings. Visit thequaich.com for more information.

Even Victoria’s Highland Games & Celtic Festival, an annual celebration of all things Scottish, now into its eighth decade, hosts sessions of “Whisky School” as part of its May-long-weekend celebrations. Eight classes will be offered from May 20 to 22, 2017. Tickets typically go on sale a month prior. Visit victoriahighlandgames.com for details.

Tradition will, of course, always be a part of the making and enjoyment of whisky. But as interest in whisky expands, the introduction of new influences is inevitable. Whisky is having a moment now, and we’re certainly feeling it here in B.C. as we embrace both its foundation and its future.