Local writer Yasuko Thanh talks frankly about her greatest fears, the people she most admires and what she considers to be her most treasured possession. 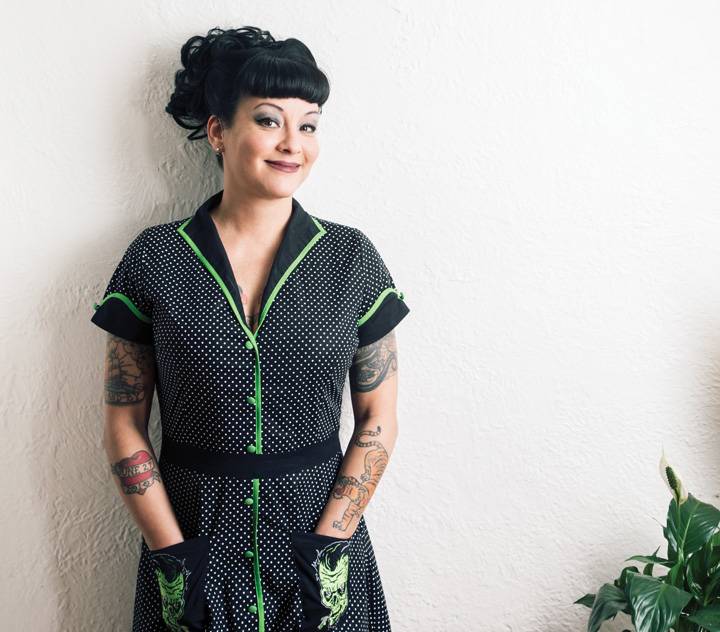 Yasuko Thanh is many things at once. Rockabilly/punk diva who spent her teens living on the streets, mother of two, a writer of the award-winning novel Mysterious Fragrance of the Yellow Mountains and short-story collection Floating Like the Dead, and someone who, when asked “Is writing hard?” answers, “No more hard than being a junkie, or a prospector or long-distance runner… If I wasn’t writing I’d probably be in a ditch somewhere.”

Describing her, writer Andrew Struthers shoots from the lip.“Despite her ability to look great in a garter belt, I postponed reading her novel because I hate Canadian literature. But she writes like a prisoner tunnelling her way to freedom with a tin cup, aware that it might all come crashing down any moment.”

Thanh’s next book will be a memoir, Mistakes to Run With, or possibly a novel about Julia Pastrana, the famous 19th-century bearded lady.

What is your idea of perfect happiness?

Is there such a thing? Happiness is such a slippery notion. Maybe happiness is what we … trick ourselves into believing, so we can go on. Because the other option, to dwell on the human condition, life’s transience, our mortality, is too much to bear.

What is your greatest fear?

The fear of death. Non-being. Fear of committing wholly to a project, or fear of falling in love, fear of giving one’s all to someone or something that probably won’t respond in kind, fear of singing in public, looking the fool, you name it, pales in comparison to the fear of being on my death bed thinking, if only …

What is the most overrated virtue?

Moderation, maybe. Especially in terms of speech, as in hedging what one says so as not to appear counter to the moral majority. I once wrote an article extolling the idea of everything in moderation, including excess, riffing on Oscar Wilde. Back then I was just looking for a way to justify my hangovers.

What trait do you most deplore in others?

People who judge others, place them on a social ladder in relation to themselves. I have a pretty strong knee-jerk reaction to prejudice.

I have a lot of admiration for my oldest child. My family was at risk of losing our home a couple of years ago. This kid, who’d been through their own share of trials and tribulations, said, ‘We’re keeping this house.’ Quit high school. Got a job. I admire that kind of fortitude.

When I was a kid I had the biggest brain crushes on Marie Curie and Helen Keller. They lived lives of quiet passion and single-mindedness. Also, Catherine Parr Trail, Susanna Moodie, that hardy pioneer stock who raised a hundred children, pickled pecks, wrote books, plowed acres and still had time to bake pies.

On what occasion do you lie?

I love how this question assumes we all lie, which we do, but don’t want to admit. Writers lie for a living. Isn’t that why, in the Republic, Plato wanted to kick out all the poets?

What is your most treasured possession?

“Over the course of a long life the wise man must be prepared to lose his luggage many times.” This quote, attributed to Buddha, has comforted me. Many times I’ve lost almost everything and started again. You become Zen about it. You have to …

If you were to die and come back as a person or thing, what would it be?

Do you happen to know the Powers That Be? Like, if I were to die, you could put a word in for me with the Big Guy? Tell him not a rock or a tree. How about a hoary marmot? I bet they have fun.